Joseph O'Brien to launch satellite operation at Saratoga this summer

Joseph O'Brien has never been one to shy away from an international challenge and will break new ground this summer by establishing a small satellite operation from Saratoga in New York.

Having plundered the Grade 1 Saratoga Derby Invitational Stakes with State Of Rest on his maiden voyage to the world-famous track last August, the 29-year-old is set to have six stalls on site over the coming months. 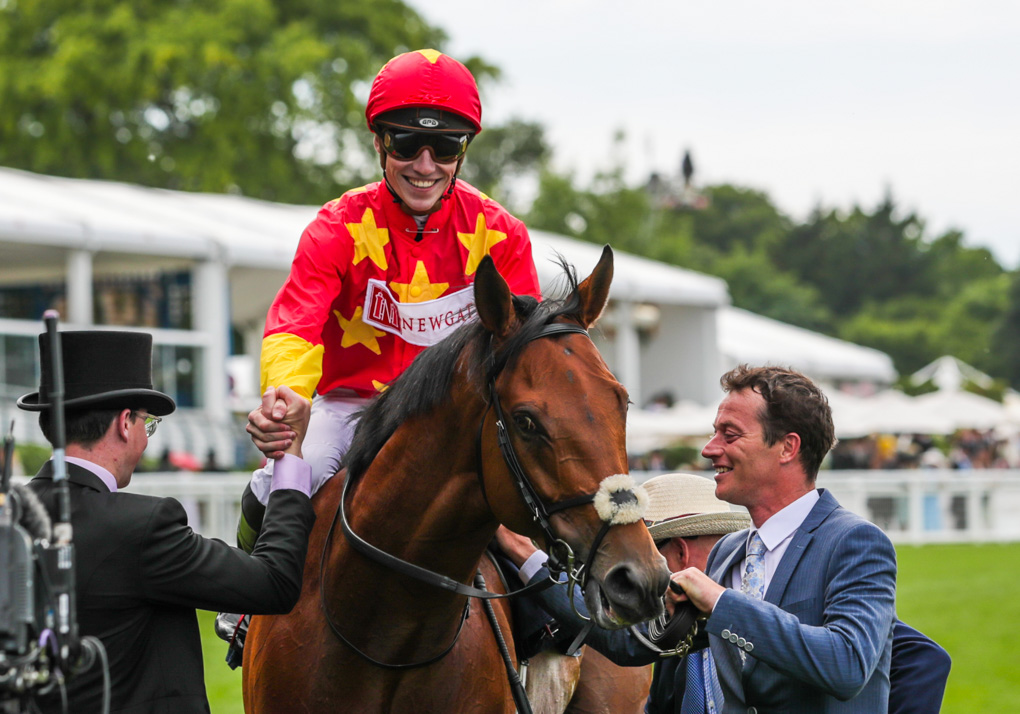 Joseph O'Brien with State of Rest after his victory in the Prince of Wales's Stakes at Royal Ascot, photo Liesl King

The enterprising move has been supported by a number of O'Brien's prominent North American owners, with his Stateside adventure beginning at Belmont Park on Saturday when Debutante Stakes winner Agartha lines up in the Grade 1 Belmont Oaks (9.06).

He has already made one journey to New York this summer, with the Team Valor-owned Maritime Wings failing to fire in the $100,000 Paradise Creek Stakes.

O'Brien said: "We'll possibly have a couple of horses going out there. Agartha could go there after this weekend, and we might have a couple of others there for some of the races during the meeting as well.

"The prize-money is very good and we have some owners who would like to be there. They're keen to compete there and so are we. My team will be there, and I'll be over there a bit myself."

A pair of two-year-olds who were placed in Irish maidens this season have already been nominated for the transatlantic mission.

Alexis Zorba, owned by Peter Brandt, is on the teamsheet after finishing second to Marble Hill Stakes winner Blackbeard on debut and filling the same position behind Royal Ascot hero Little Big Bear at Naas in May.

Also in the mix is Listowel maiden third Reckoning Force, carrying the colours of the Magnolia Racing Syndicate – an operation involving O'Brien and bloodstock agent Justin Casse – as well as partners Marc Detampel and Fergus Galvin.

After being represented in seven barrier trials at Dundalk on Tuesday and emerging with five winners, the dual Melbourne Cup-winning trainer has not ruled out travelling some of these officially unraced runners too.

O'Brien said: "Those couple of two-year-olds might travel over, and we might send something from the Dundalk barrier trials on Tuesday as well.

"It's obviously very competitive action over there so it'll be interesting to see how we get on in our first year [doing this]."

Hall of Fame jockey John Velazquez has been booked for the mount on Agartha this weekend as O'Brien attempts to enhance his excellent record in America.

From just 12 Flat runners in the US, he has registered three winners, including the 2019 Breeders' Cup Filly and Mare Turf with Iridessa and last year's Belmont Gold Cup with Baron Samedi.

Agartha faces nine rivals in Saturday's $700,000 prize, taking on With The Moonlight, who represents Charlie Appleby and Frankie Dettori, and Concert Hall, flying the flag for Aidan O'Brien and Ryan Moore.

"It looks like a good race this weekend," said O'Brien. "It'll be interesting to see how she stacks up with some of these horses, and we'll see how she gets on over this distance. It's her first start beyond a mile."