Jim Bolger returned to the Group 1 table for the first time in three years with a victory written in the stars when Mac Swiney proved a gutsy winner of the Vertem Futurity Trophy. 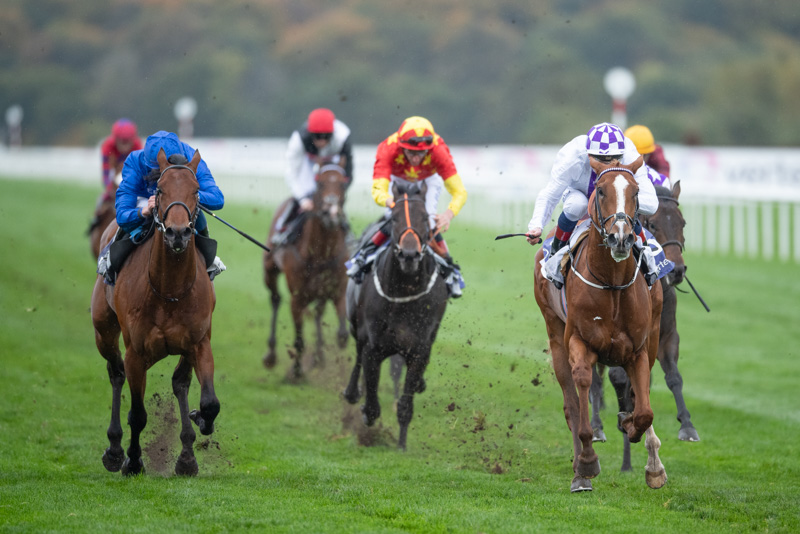 A son of Bolger's Derby-winning sire New Approach, Mac Swiney is named after Irish political figure Terence MacSwiney, who died from a 74-day hunger strike in Brixton prison 100 years ago on Sunday.

The juvenile provided his trainer with a first top-level strike since Verbal Dexterity in the 2017 National Stakes after staying on powerfully to get the better of One Ruler, who took over favouritism after the 11th hour withdrawal of favourite Wembley due to the heavy ground.

Like many of his homebreds, Bolger named Mac Swiney and the 12-1 shot showed great timing in the race too, taking up the lead in the final furlong to battle on gamely under Kevin Manning.

Bolger, 78, stayed at home and said on Sky Sports Racing: "He's been improving steadily over the last six weeks. While he'd prefer better ground, we felt that he would get through the ground today and he's done it really well.

"I've been regarding him as my Derby horse since he first went to the races and after today that opinion is not about to change.

"I must have known he was good back in January when I called him Mac Swiney because it wouldn't have been good for me or anyone around here to name a horse after a Cork man which wasn't capable of delivering, especially such an important Cork man.

"He was one of our outstanding patriots and I'm thrilled for his memory and his extended family of today that this horse was able to go back to 100 years after his death and win like he did."

The size of the task was reduced with Wembley's absence but, as Manning pointed out afterwards, Mac Swiney had beaten the Aidan O'Brien-trained hotpot in a Curragh maiden in July.

While the last three winners of the final Group 1 of the British season have gone on to win the 2,000 Guineas, the mile contest has also been a great source of Derby heroes and Mac Swiney earned a 20-1 quote (from 40) for the Epsom Classic from Paddy Power. 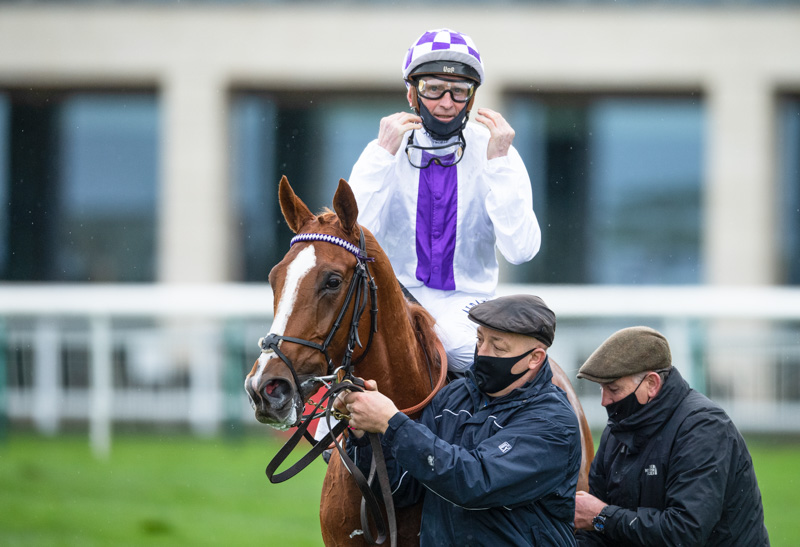 Manning, 53, said: "I do think he's a proper horse and his form stacks up. He won the Futurity [at the Curragh] on soft and the extra furlong was always going to bring out a bit more in him.

"I think when he steps up again in trip next year, with a winter under his belt, he'll be a real one. The better the race, the better you're going to see from him, and he's probably got a lot more pace than we're giving him credit for."

Manning, whose last winner in Britain came in 2015, will have to quarantine on his return to Ireland, but it proved a worthwhile trip  to ride for Bolger, who had a day to remember as he also bred Gear Up, winner of the Group 1 Criterium de Saint-Cloud for Mark Johnston.

"It's great to be back winning Group 1s. We’ve had some wonderful years together and we’ve been placed in this race before," added the jockey.

"Jim didn't come because of all the rigmarole that goes with it. You've got to get tested over here and when I go back. I've got to quarantine and can't mix with any jockeys for 14 days, but that's the way it is and it has to be done."