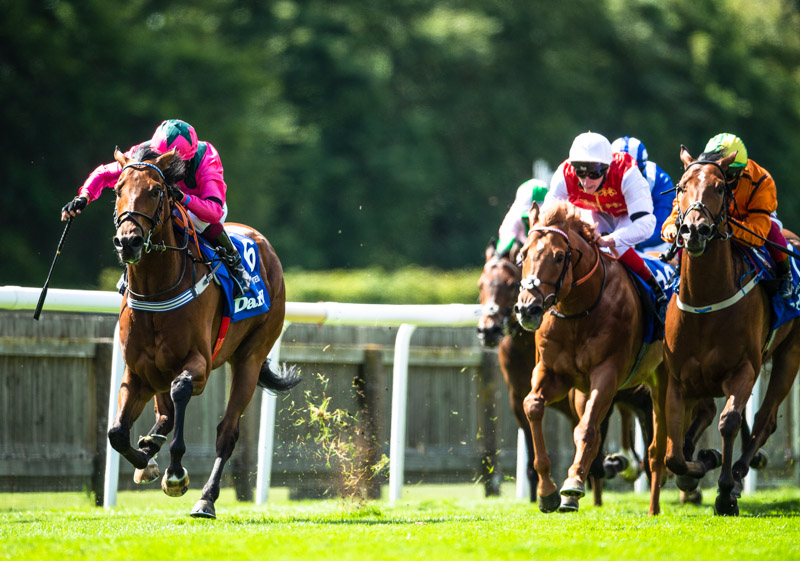 The 21-year-old will forever remember the sunny Newmarket afternoon when he guided Oxted to a famous success in Europe's premier sprint, delighting not only his celebrated parent but also trainer Roger Teal, who joined the triumphant jockey in experiencing a Group 1 victory for the first time.

In a sport where major prizes so often fall to the same faces, here was an outcome that was wonderfully different and all the better for it, with connections unaccustomed to competing in the starriest company finding themselves thrust to the pyramid's peak thanks to a four-year-old gelding who displayed complete authority in defeating Sceptical and Golden Horde.

For former amateur jockey Teal, based in Lambourn's Windsor House Stables only since November, this was a family celebration, as wife, Sue, is Oxted's groom and son, Harry, rides the horse most mornings.

Family was also a pivotal part of the winning jockey's story. Cieren and Kieren live together in the same Newmarket house, to which the six-time champion jockey returned after walking the course with his son and offering some pre-race advice. Fallon junior thought Fallon senior had still been on the premises when the July Cup was run but by then his mentor's work had been done. Instead, the sorcerer watched from home as his champion apprentice burst into the big time.

"He’s got it – I know he’s got it," said Kieren on the phone, while Cieren on the track thanked his father, boss William Haggas, jockey coach Michael Tebbutt and the trainer and owners who backed a jockey still able to claim 3lb in most races.

"I always remember what Dad has said in the back of my mind," said Fallon. "He told me to keep it simple, stay straight and make sure I had him well balanced going into the dip.

"He's here somewhere but he's hiding like he always does. We still live together so tonight will be interesting. I'll definitely wind him up. He's very proud and has helped me a lot this year and last year. He was going to move to America but stuck around to look after me. I can't thank him enough." 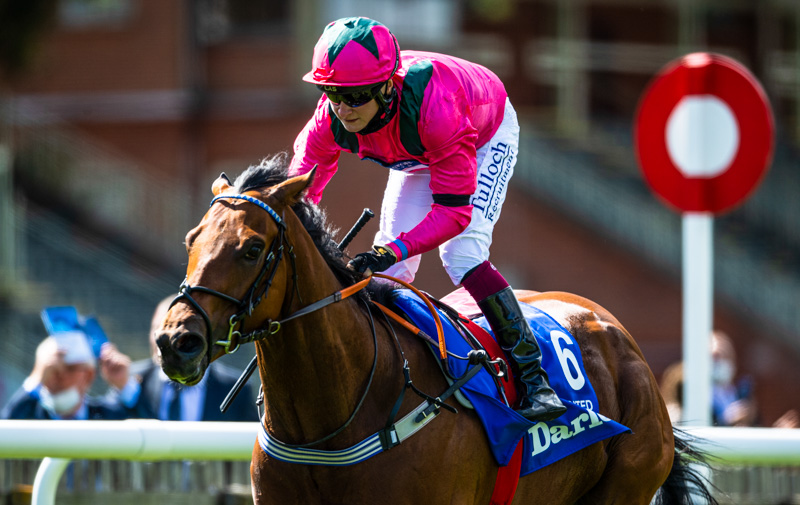 He was also very grateful to Oxted. "I was just a passenger on a very good horse," said Fallon, adding: "He's going places."

"This is the race we've targeted all year," said Teal, his mobile phone pinging with congratulations.

"Harry said to me last week: 'This wins the July Cup.' I told him to keep his feet on the ground but when we tacked him up today, he said: 'Dad, this will win.' I didn't want to get myself too carried away but this horse is amazing.

Asked what was likely to come next, Teal expressed a keen desire to get drunk. This was definitely a very happy man, as were owner-breeders David Fish and Stephen Piper, who praised the way they had been treated at the racecourse despite having to be kept on the extremities. "The way Newmarket has done this has been superb," said Piper. "We felt special from the moment we walked in."

Special but not quite successful were Sceptical's connections. Part-owner Stephen McAuley pointed the runner-up towards the Curragh's Flying Five, while Golden Horde's jockey Kirby said: "It was a proper race and that was a proper run. I haven't a bad word to say about him."

Nor were there any bad words about the jockey who had just won his first Group 1.

"Cieren rode a peach," said Teal. "He's such a cool little dude. I think he's got a bit of a future."

The person Fallon lives with, a man with a bit of past, would no doubt say exactly the same.

A massive performance from the Roger Teal-trained Oxted, who lands the Group 1 Darley July Cup Stakes in thrilling style under @CierenFallonJr