In an unprecedented 100th renewal of the $5m, Group 1 WFA WS Cox Plate (2040m) at The Valley on Saturday Sir Dragonet (IRE) led a clean sweep of Irish-bred runners to claim the race with international breeding and racing empire Coolmore racing second placed Armory (IRE) and having involvement in the sires of all of the first four home.

Aidan O’Brien’s Armory under Ben Melham looked the winner as the pressure went on from the 500m as the early leader, the three-year-old Grandslam, one of just three Australian-bred runners in the race, compounded after leading from the barriers. Probabeel (NZ) had followed Grandslam and her race was gone into the corner.

Out wide it was Armory with Russian Camelot (IRE), the $3.50 TAB favourite, and Damien Oliver and just behind Mugatoo (IRE) and John Allen also making a valiant run. Then Sir Dragonet and Glen Boss arrived inside Armory and the former stablemates where together again before Sir Dragonet forged ahead and at the line it was a concise victory with a 1 1/4L margin.

Boss gave one of his special salutes standing tall in the irons as he went across the line for his fourth Cox Plate win and the first for trainers Ciaron Maher and David Eustace. RV stewards' fined Boss $1,000 for the salute and another $1,000 for breaching Covid-19 protocols when hugging staff after the win.

Armory (Galileo) and Melham were comfortably second over Russian Camelot (Camelot) with Mugatoo (Henrythenavigator) and Allen fourth a further1 1/2L away. 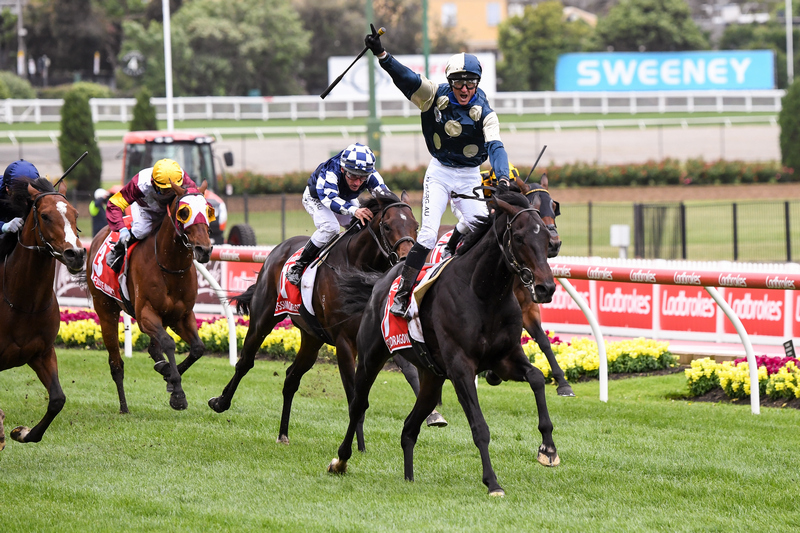 “It is unbelievable. I cannot thank Ozzie (Kehir) and Phil (Mehrten) and John O’Neill and all of the rest of the owners, Brae (Sokolski), I have probably missed a few," said Maher.

“One, giving us the opportunity to train a horse of this calibre. You do not see that sort of form in this part of the world that much and I cannot thank them enough.

“Also Dave’s brother Harry and his father James. They looked after him at Newmarket.

“There is no bigger big race jockey than Bossy. We made the right call there with the right jockey and he got the job done.

“The team has got the job done.

“It is a Cox Plate. It has not sunk in. You grow up watching these races and to knock one off is pretty special.

“You get a horse of this calibre. I have looked after him for a bit over two weeks. He is just phenomenal. He never missed an oat. We were very confident with his fitness.

“Dave, he is great. Dave is a very hard worker. He is a young bloke. We gel well together but the whole team. It’s a big operation," he said. 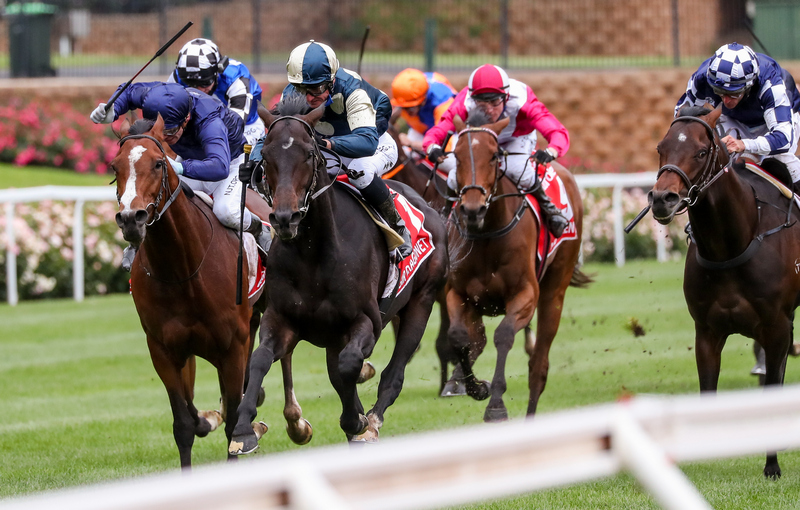 “Oh my God, this is unbelievable. As a young boy I used to watch a VCR (video) of Kingston Town and Manikato and I wore that out, so the Cox Plate was engrained into my psyche as a young boy," said Boss.

“It is a special race and I just could not have scripted the run any better. He just gave me a lovely ride. I was twitching my fingers throughout the race and he was there for me. I thought ‘this is nearly going to be winning this’. He was up for the task.

“There is so many people I have got to thank. Ozzie and all the boys. Obviously with (suspended) Hughey Bowman - sorry mate - I got the call up and he was a part of it. They put up a few names and Hughey was bringing it right back to me, ‘put Bossy on’ and I am glad I got the job done.

“He was there for me. Every time I moved my ‘pinkie’ he was waiting for me to ask him for a real command and I just knew that all I had to do was ask him when I got clean air. The run came and he was very strong to the line," he said.

Sir Dragonet, a five-year-old Camelot entire out of the Oasis Dream mare Sparrow, formerly raced for O’Brien in Ireland with his last race there resulting in a second to stablemate Magical (IRE) in the Group 1 Gold Cup over 2012m at the Curragh on July 26th.

Purchased by large group of prominent Australian owners and transferred to Maher and Eustace, Sir Dragonet was racing in Australia for the first time. Prior to Saturday’s win he has earned stakes of $391.570 and with the first prize money for the Cox Plate his earnings now stand at $3,641.670.

BOSSY DOES IT AGAIN. pic.twitter.com/HdoAEP7xHk