It has proven to be a case of third time lucky for Inn Keeper and his connections in the Listed Wangoom Handicap (1200m), the feature sprint of the Warrnambool Three-Day Carnival.

The Symon Wilde-trained sprinter has been a mainstay of the Warrnambool carnival in recent time and on Wednesday was lining up for the fourth consecutive year.

Inn Keeper was successful on the third day in 2018, winning a Benchmark 78, before running sixth to I Am Someone in the Wangoom in 2019, and then returning to finish third behind Order Of Command last year.

Ridden by Dean Holland, who partnered I Am Someone to his Wangoom victory, Inn Keeper ($13) scored by a length from Dexelation ($15), with $7 equal favourite Simply Optimistic a neck away third.

Inn Keeper’s win was the second for Wilde who shared the training duties with his father Bill when Arch Symbol was successful in 2009.

“The family bred the horse and he’s out of a good mare that we had, and we thought he was a horse that could win a Wangoom,” Wilde said.

“I think he was favourite two years ago, but he rode the speed too hard that day.

“He had a campaign last year without winning. He should have won at Caulfield and he ran third in this race, but he’s been forgotten about a little bit being a seven-year-old.

“I’ve always thought he was the right horse and I can’t believe he’s done it so late in his career.”

Holland said he had watched Inn Keeper win first-up at Terang and thought he was the ideal horse for Wednesday’s race. He added that he went to the Camperdown trials a couple of weeks ago chasing the ride.

“I’d done about 17 horses and eventually got to gallop him,” Holland said. “I said to Symon, ‘I really think he’s a good chance for the Wangoom, can I ride him’ and he said ‘I can’t see why not’.

“It was the perfect weight for me and he was never going to get beaten from the 600 [metres mark].” 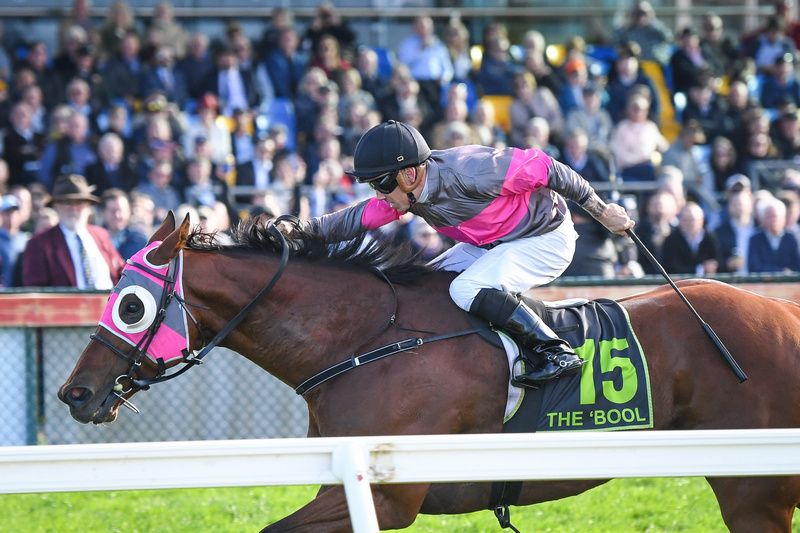