In foal Under My Spell scores at Pakenham

Under My Spell has registered her first ‘unofficial’ win as a broodmare when making a late flourish to score at Pakenham. The Nigel Blackiston-trained mare was having her first start since finishing fourth in the Gold Nugget Stakes at Ballarat in September when she took out the Momentum Gaming Handicap (1400m) on Saturday.

Blackiston revealed the daughter of Perro had been in work most of the time since her latest outing but had also made a visit to Darley stallion Earthlight (Ire). The trainer confirmed Under My Spell was in foal and was likely to race on through until March. 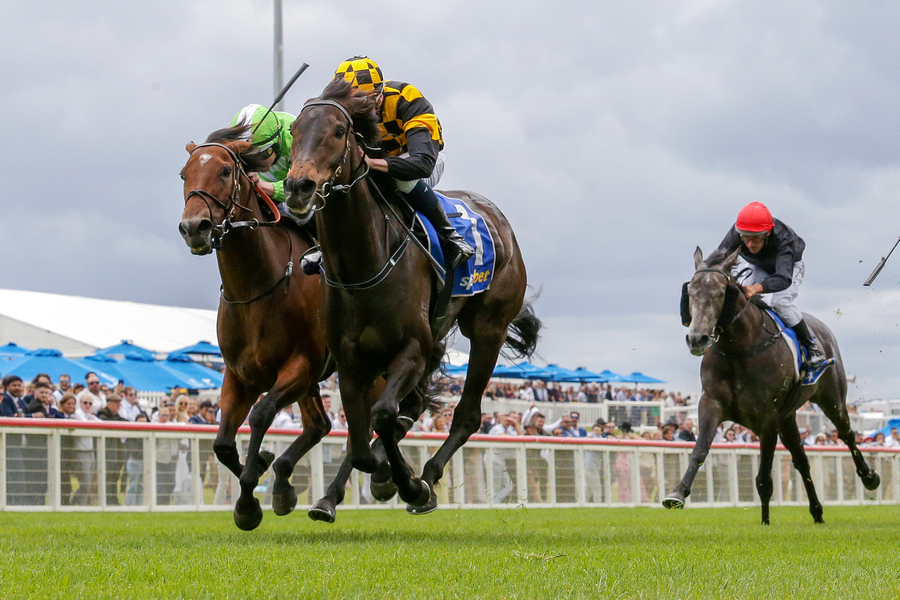 Under My Spell and Michael Dee, picture Racing Photos

“She can go until March, which is when the cut-off point is [for racing in foal] and I have to thank Cambridge Stud, Brendan and Jo Lindsay, for their support,” Blackiston said. “They’re great supporters of the stable, so it’s good to get a nice winner for them.”

Blackiston said while Under My Spell continues to race well, he will press ahead with the mare and try and attempt to add to her record.

“Today looked the perfect race for her, on paper,” Blackiston said. “I thought she was the best horse in the field, so we’ll just keeping her going through her grades. She’s racing in good form, so we’ll just take small steps and see how we go.”

Dee said Under My Spell had always shown good ability and the way she had come back from her short break, she is capable of picking up a nice race before retirement.

“She always puts her best foot forward,” Blackiston said. “She came here fresh, off a soft trial, and had the blinkers off. She’s a genuine racehorse now and she was strong through the line.”

That is a stylish win!