Improvement expected from Zoutori at Flemington

The Mathew Ellerton & Simon Zahra training combination is expecting vast improvement from Zoutori when he runs at Flemington on Saturday. The six-year-old son of Zoustar will compete for the third time in the Group 2 Gilgai Stakes (1200m), having won the race last year after finishing third in 2019.

As he had done in those years, Zoutori had competed in the Bobbie Lewis Stakes beforehand, winning in 2019 and 2020, while this year he finished fourth behind Splintex on September 11. But Zahra explained Zoutori needed the run that day.

“He was still wintry in the coat and wasn’t really wound up for it, but he’s come on well,” Zahra said. “His coat has started to drop, he looks 10 times better. He’ll run well and will improve again off it.” 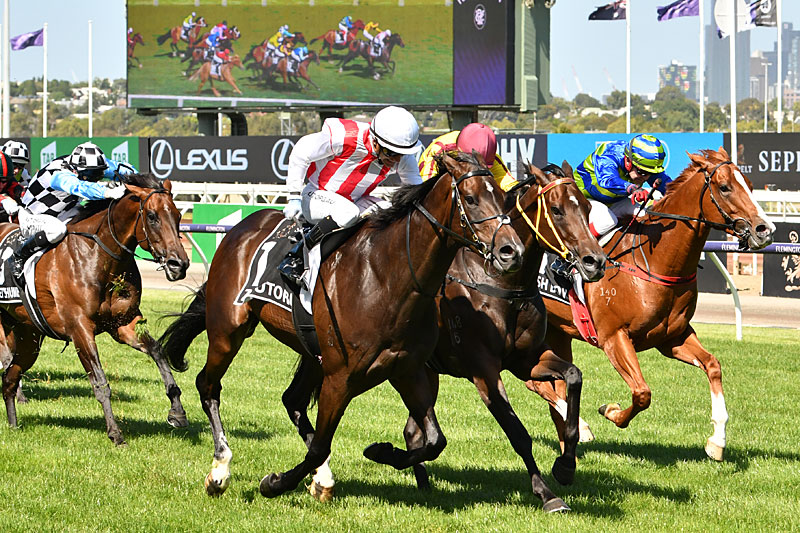 Zahra said while expecting Zoutori would need the run first-up in the Bobbie Lewis (1200m), he knew the gelding’s competitive spirit would show out. He added Zoutori had a later start to his campaign having raced in Sydney, and being a year older it took him a little longer to come up. “It was a bit of rush to get him back,” Zahra said.

After Saturday’s outing, Zahra said the stable would look at stepping the gelding up in trip. He claimed the Group 1 Newmarket Handicap winner had become hard to place and it would be too long between runs to wait for the Group 1 Darley Sprint Classic (1200m) at Flemington on November 6.

“We may look at stepping him up in trip after Saturday,” Zahra said. “We’ve got to try and get more than three runs in a prep out him. That’s the problem with him now, he’s not an easy horse to place.