Darryl Horner looked on from the rear of the field as his brother won the opening race on Sunday’s feature jumps program at Sandown, but he didn’t have to wait long to wrestle back family bragging rights.

Horner teamed with the Eric Musgrove-trained Gobstopper to win the $100,000 Australian Hurdle (3900m).

It followed Galleywood Hurdle success at Warrnambool, when Gobstopper was ridden by Ronan Short, and Musgrove was full of praise for Horner’s performance.

“I thought Darryl gave him a great ride,” the champion jumps trainer said.

“He’s normally a leader but I think the Galleywood showed us he doesn’t have to lead. I thought he travelled pretty well all the way and, to Darryl’s credit, he just kept with him and let stride at the right time.”

Gobstopper, who started $6, scored by 2.75 lengths from $2.90 favourite Runaway, who also finished second in the Galleywood, with Robbie’s Star ($3.80) a nose away third.

There was a sensation pre-race when Riding High, who was one of the leading fancies after winning his only two hurdle starts, dumped rider Tom Sadler pre-race and got loose before becoming a late scratching.

The Australian Hurdle was run 40 minutes after Lee Horner’s win aboard Flying Agent for his partner and trainer, Amy McDonald.

The seven-year-old son of Raise The Flag showed the benefit of a third placing at Warrnambool during the Carnival, which was his first jumps start of the season, to finish too strongly for his rivals. 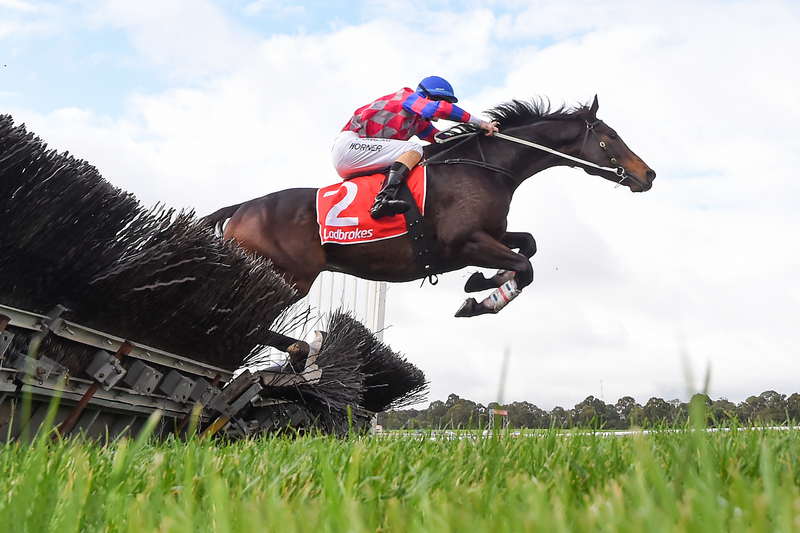