Homesman (USA) all the way in Crystal Mile

Homesman (USA) made short work of a low key renewal of the $300,000, Group 2 Schweppes Crystal Mile (1600m) at The Valley on Saturday with the Anthony and Sam Freedman trained seven-year-old under Ben Melham relishing another Valley win.

Melham, riding a double for the meeting after earlier winning on Portland Sky, took Homesman to the lead after breaking from the barriers and they then proceeded to present the rest of the five horse field a fruitless chase with an untested 2L margin at the line.

Age Of Chivalry (NZ) (He’s Remarkable) and Damien Lane were the best of the rest with Kings Will Dream (IRE) (Casamento) and Michael Rodd third, the margin 1 1/4L. 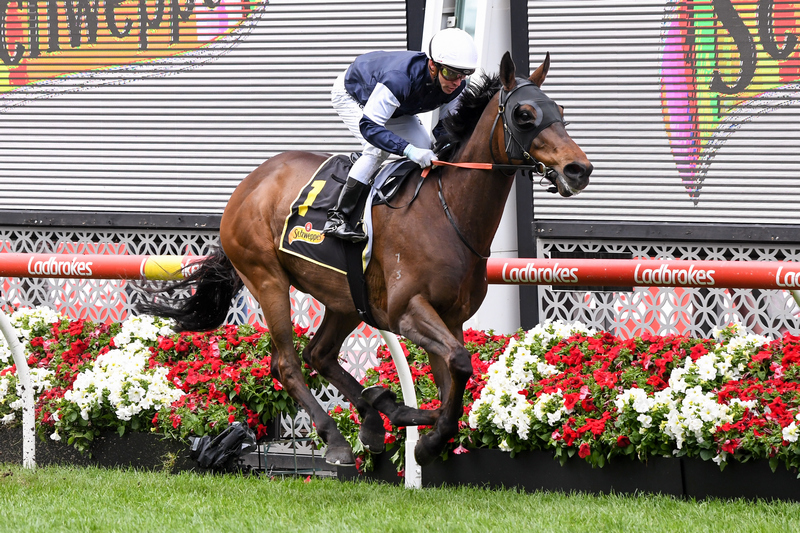 “He is a bit of a lazy trackworker but he was fit and had done a hell of a lot of work at Macedon. He has been with us over the last eight weeks. Ben has done his last few gallops and was happy with him earlier in the week. It is great to see.

“Anthony and Sam decided not to take him to the jumpouts (after all the work at Macedon). He was fit and has done the job well.”

Taylor said that the Group 1 Mackinnon Stakes at Flemington is next.

“He will have a crack at that race now. Step back up to Group 1 quality and hopefully he can put himself back into Group 1 company,” he said.

“He has been to every dance this horse and is an old marvel. I have been doing a little bit of work on him and he had become a little bit complacent in his older years, but he loves this circuit," said Melham.

“It has been a great team effort to get him up and winning here today.”

Kerrin McEvoy on Dr Drill: “Struggled in the ground.”

Michael Rodd on Kings Will Dream: “He travelled up to them like he was going to be there on the turn but he was just a little bit one paced. He stayed on well but the mile might have been a bit sharp for him. He handle the ground OK.”

Daniel Stackhouse on Riddle Me That: “He ran well. He didn’t like the ground at all. He an well for a step up in class and getting out to the mile for the first time.

Simon Zahra (co-trainer) on Age Of Chivalry: “Damian (Lane) said he didn’t quite handle the track. Today he didn’t get through it as good as we thought he might. He’s obviously been competitive."