Journeyman Godolphin sprinter Home of the Brave (by Starspangledbanner) turned the clock back on his distinguished career when proving too good for a handy field of straight course specialists to land the $160,000, Group 3, VRC Aurie's Star Handicap (1200m), the feature event on Saturday's Melbourne metropolitan meeting at Flemington.

A 9-year-old gelding that took his place in the 2015 Newmarket 2000 Guineas during his British Classic racing season before turning his hand to sprinting, Home of the Brave hadn't saluted the judge since winning the Group 2 Theo Marks Quality at Rosehill Gardens in September 2018.

Throughly competitive in virtually all of his assignments in the interim, Home of the Brave had found it difficult to add to his impressive winning tally when competing in stakes race company nationwide ever since, but returned to his best winning ways with a classy success in Australia's open-age feature event of the day.

Prepared for action by a Kensington barrier trial win in Sydney on July 31, Home of the Brave appeared to be at the top of his game for the time honoured Flemington straight-six event and proved too capable for his opposition.

Ridden to perfection by inform hoop Damien Oliver, the seven-figure worldwide earner was always travelling sweetly during the running of the contest and responded brilliantly to his partner's urgings over the final 100 metres to score going away from his opposition.

Also prominent throughout, $4.40 race favourite Great Again (by Viscount) only felt the pinch in the shadows of the post where the winner asserted his superiority. 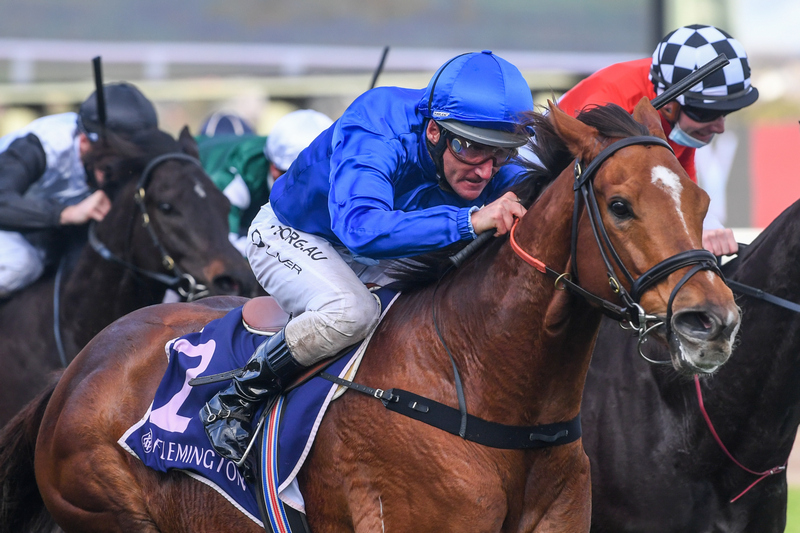 Seen contesting significant races in Perth, Sydney, Adelaide and Melbourne over the past 15 months, Home of the Brave had proven to be competitive despite his advancing years and his Aurie's Star success was very well deserved.

The son of Starspangledbanner has now won seven black-type events either side of the equator, five of which were recorded in Britain before his switch to the Godolphin team Down Under.

Speaking on behalf of winning trainer James Cummings, the stable's Melbourne representative Sean Keogh said that his Sydney colleagues deserved much of the credit for the win.

“James picked this race out for him, and the guys in Sydney and at Osborne Park got this horse ready for today,” claimed Keogh. “They sent him down and we got the result.”

In terms of the actual performance, Keogh remarked: “He had to overcome a little bit of adversity out of the barriers — he got a little bump.

“Oli was quick thinking and took him to the outside for clear running room. He was very tough late. Super win.”

Riding at the very top of his game, winning jockey Damien Oliver suggested that a drop in weight and ideal track conditions helped him get the job done.

“I think it helped,” answered Oliver when asked about a 3kg pull in weight from a previous clash with the runner-up Great Again, and then added “and the perfect conditions track-wise. The slow going… he appreciates that and the slow tempo.

“He’s got a good record down the straight and with a building tempo for him, it all worked out well.”

In reference to an incident soon after breaking from the barriers, Oliver stated: “I just got a bit sandwiched. I think he wasn’t brilliant away, but the horse on the outside jumped in on top of me.

“I got through that and then let him come to the outside of Great Again. It wasn’t too much of a disadvantage.”

Oliver concluded: “He’s nine now, so obviously he’s not getting any better. But he’s holding his form.

“He was well placed today — the reduction in the weights. And he’s got good form down the straight and in the soft conditions, too.

Home of the Brave scored by three-quarters of a length, with a long-neck separating second and third.

Home of the Brave now boasts a race record of 8 wins, 7 seconds and 4 thirds for $1,098,174 in earnings following 34 career starts. He proved to be the first winner of the Aurie's Star for James Cummings, a race synonymous with his legendary grandfather Bart Cummings.