Realistically, Melody Belle's chances in Saturday's $1.5 million Doncaster Mile are no inferior to what they were when weights were released on February 25.

In fact, they're probably greater, with Happy Clapper, Avilius, Mozu Ascot, Te Akau Shark, Fierce Impact, Dreamforce and Alizee among those who were in the entries at the release of weights who are not running.

But what the withdrawal of those stars has done is left the Kiwi star as equal topweight, with 57kg after weights were raised 0.5kg, and assigned the task of emulating some superstar mares.

But a deeper look suggests the task might not be as daunting as those numbers suggest. Form Focus data goes back 30 years and reveals it has only been attempted four times - by two mares - in that time.

Sunline's win with 58kg came two years after she ran second under 57.5kg, while More Joyous finished 11th under 57kg the year before her win.

HOW DO FAVOURITES FARE?

Melody Belle opened BetEasy's $7 favourite after the barrier draw and, interestingly, the past four mares to carry 57kg-plus in the Doncaster all started favourite.

The Doncaster can throw up an upset, including six winners at $21 or longer since 1990, but punters haven't had to look too far down the betting boards since 2008.

It's Somewhat ($31) and Sacred Falls ($19) were the blowouts since then, but the other 10 all started $11 or shorter, including eight at single-figure odds.

Melody Belle, who was $7.50 second favourite on Thursday morning, is one of three horses at $11 or shorter with BetEasy, the other two being three-year-olds, Brandenburg ($6) and Super Seth ($8.50).

Three-year-olds have won 39 editions, including 11 in the past 30 years, clearly the most of any age group in that time. Next most successful are 6YOs with seven wins, six 5YOs have won, four 4YOs and a couple of 7YOs.

Prince Fawaz, a $15 chance, is the other 3YO engaged this year.

Brutal is the most recent 3YO to win and he did so last year after beating home all bar Winx in the George Ryder Stakes.

That 1500-metre WFA Group 1 has been clearly the most prolific producer of Doncaster winners, with half of the past 30 having come straight out of the Ryder.

The Ranvet Stakes and Ajax Stakes, which have been used three times each, and Coolmore Classic (twice) are the only other lead-up races to be used more than once in that time.

Brandenburg, who finished fourth, Best Of Days (sixth) and Super Seth (seventh) are those from this year's Ryder engaged on Saturday.

Brutal is not only the latest 3YO to win, he is also the most recent to win from a wide gate.

He won from barrier 18 and is one of 19 winners to start from a double-digit alley in the past 30 years, including eight in the past 12 years.

THE VERDICT: Right age, through the right race and right price adds up to BRANDENBURG. The only extra tick, historically, would be a wider barrier, but we'll put our faith in the most successful rider in Doncaster history - seven-time winner Glen Boss - to 'overcome' barrier seven. 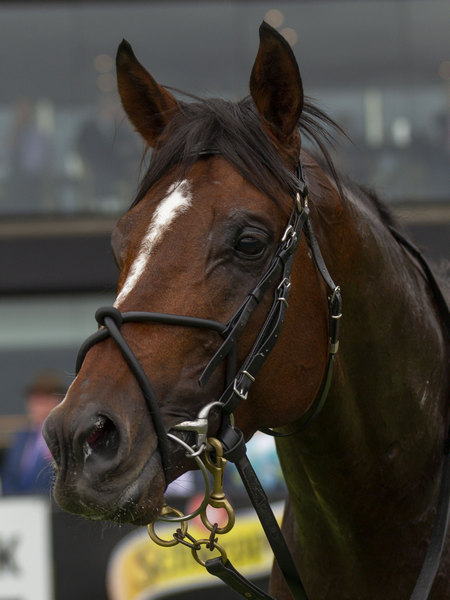