Robbie Griffiths will test Halvorsen's Group 1 credentials in next month's Oakleigh Plate before deciding whether a tilt at the Newmarket Handicap or the Al Quoz Sprint in Dubai are realistic targets.

The in-form sprinter has returned to Griffiths' Cranbourne stables after a short freshen-up following his win in the Standish Handicap (1200m) - his third win from three starts this season.

Given his form and the likelihood of a light impost in the $500,000 Oakleigh Plate at Caulfield, connections believe the time is right to throw the son of Magnus into the deep end.

"He went down to Monomeith (Farm) to have a little bit of time in the paddock and water walking to freshen up after the Standish but he's back in the stable now," Griffiths said.

"He's doing a bit of pace work and heading towards the Oakleigh Plate.

"We thought, whilst his rating is what it is, he'll get into the Oakleigh Plate on the minimum weight and it was the right time to try him in the big league.

"If he makes the cut in the Oakleigh Plate, we can head towards the Newmarket but if he doesn't quite measure up to the Group 1 status we can back off him and head towards the VOBIS Gold race."

Hey Doc, Sunlight, Bivouac and Nature Strip are among seven Australian-trained sprinters entered for the US$2 million sprint.

"I'll talk to Neil Jennings in Dubai and see which way everyone is heading," he said.

"Because he's been so good down the straight in winning his last three, we thought it wise to put him in and see what we think at the time." 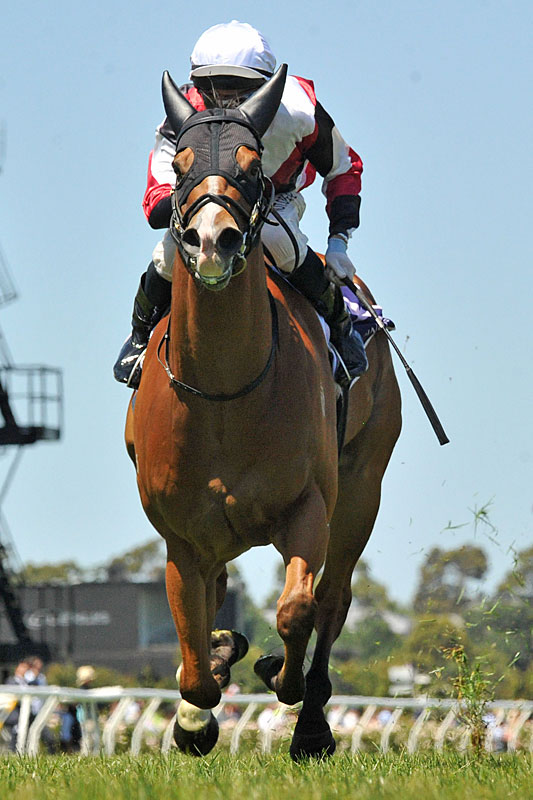