Australian sprinter Hey Doc is confirmed as aiming for the $2 million Al Quoz Sprint sponsored by Azizi Developments (G1), per trainer Tony McEvoy. In a video interview with Australia’s Racing.com, the conditioner reported that the 6-year-old son of the Red Ransom stallion Duporth is training well for Friday’s Australia (G2) at The Valley.

The massive bay gelding exits an eye-widening win in the $680,000 Winterbottom (G1) over 1200m on Nov. 30 at Ascot—only his second race after injury forced him onto the shelf for 61 weeks. Two weeks prior, he was a fine third in Sandown’s Kevin Heffernan (G3).

“I’m very pleased with him,” McEvoy said. “He’s very happy (and) very sound. He’s using himself beautifully and I’m looking forward to it. I think he’ll love being (at The Valley) Friday night. He was a Group 1 horse before (injury) happened. His two runs back have been incredible. The run at Sandown was amazing, then what he did in Perth was exceptional. If we can just keep him somewhere near that form, we’re in for a good time with him.”

Plans between Jan. 24 and March 28 are still being formed, but the aim remains true.

“It’s a little bit in the air, but I’ll possibly try him at 1400m again—we might go to the (Group 1 C F) Orr (Stakes at Caulfield Racecourse),” McEvoy said.

“The aim for this prep is the 28th of March, the Al Quoz Sprint in Dubai, so I think we’re all pretty excited about taking him over there. He’s just got to hold his form and stay happy and we’ll go on the road.” 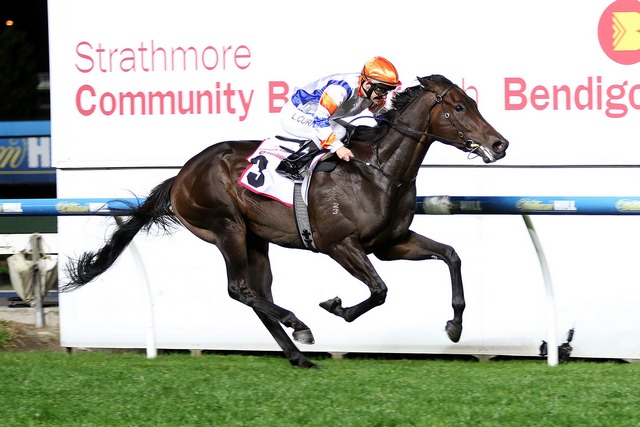 In other Meydan news one of the more admirable performers this season has been HH Sheikh Hamdan bin Rashid Al Maktoum’s Waady, a hard-knocking sprinter who hails from the yard of leading trainer Doug Watson. The front-runner returns to turf Thursday after three excellent runs on dirt and warrants a good look by analysts—especially given his past successes, including a win in the 2015 Sprint Stakes (G3) at Sandown. The task at hand for the 7-year-old son of Approve is the 1000m $175,000 Dubai Dash (Listed) down the straight turf chute in front of the Meydan Grandstand.

“We’re going to give it a go with him,” Watson said. “He’s improved so much mentally and that’s really helped him improve on dirt. He’s rated about 100 on dirt and we think we should give him a chance to get his rating back up on turf. He used to be rated about 109 or so on the grass back in Europe. The way he’s moved forward mentally, it would be nice to see if he’s changed all-around—plus his forte used to be five furlongs on the turf. He’s a Group winner, he’s doing great and he just really likes to run.”

Waady began the season on Nov. 7 with a good-looking defeat of Pop the Hood, who would go on to win sharply last Saturday over the same 1200m. Sent off at 14/1 on the international market that day, he did not get much more respect next out in the Garhoud Sprint (Listed), but still ran a fine second to Ibn Malik, one start before finishing fourth in the Dubawi (G3) on Jan. 2 astern Gladiator King, Ibn Malik and Drafted.

When well-regarded sophomore filly Rio Angie lines up in the $250,000 UAE 1000 Guineas (Listed) on Saturday, she does so with a little more seasoning, which is exactly what trainer Doug Watson is hoping will pay dividends with the daughter of Honor Code. Last out, she ranged up like a winner at the top of the stretch in the $100,000 UAE 1000 Guineas Trial, but flattened out in the final furlong in what was her first start since romping on debut two months prior.

“We’ve had a good two and a half weeks with her, three weeks between races,” Watson said. “I’m looking forward to running her. I know she will improve, but I don’t know if it’s good enough to turn the tables on the other two fillies. I think the draw dictates where she’ll be placed early, but she as enough natural speed. We’ll go forward and try to see how the rest of them are doing. We’ll see.”

Finishing ahead of the muscly dark bay filly were Godolphin’s powerful winner, Final Song, and HH Sheikh Hamdan bin Mohammed Al Maktoum’s front-running Down on Da Bayou, a half-sister to 2016 UAE 1000 Guineas winner Polar River. Both are expected to line up on Thursday, as they all venture 200m farther in the 1600m Guineas. Watson coincidentally trained Polar River, so he appears keenly aware of what he is going up against.

“Rio Angie trains so effortlessly in the morning,” he said. “Polar River was like that. She was a good work horse and a good horse on race day. Rayya was not a great work horse, but raced very well. Both she and Polar River were lighter fillies, while Rio Angie is strong; more colt-looking.”

If all goes well on Thursday, the Hamid Radan-owned charge will be on the same road as her aforementioned Watson-conditioned predecessors—the $250,000 UAE Oaks (G3) on Feb. 20—a race each won en route to second-place finishes in the $2.5 million UAE Derby (G2) against males.

IN BRIEF: The clash between Hong Kong superstar Beauty Generation and Japanese queen of the turf Almond Eye may finally happen—if not a year later than everyone expected in Dubai. Both camps have stated that the $6 million Dubai Turf sponsored by DP World (G1) is in their plans, pending all going well. Both are coming off losses—four consecutive for Beauty Generation—but both will likely be heavily co-favoured in the affair if they do indeed spar for the first time. The 1800m trip of the Dubai Turf provides a perfect meeting point for the pair, as Almond Eye is arguably best at 2000m and Beauty Generation at 1600m… Al Bayraq Stable’s Emblem Storm, a super-impressive winner of Saturday’s 1600m 3-year-old maiden while on debut, will point toward the $250,000 UAE 2000 Guineas (G3) on Feb. 6… Touch Gold Racing’s Pop the Hood, a smart winner in 1200m handicap company on Saturday at Meydan, has had his rating raised to 93 and will likely turn up next in the Feb. 13 1200m dirt handicap at the DWC Carnival for horses rated 90-108… Doug Watson-trained 3-year-old import Liam’s Legend will likely make his first UAE start in the aforementioned UAE 2000 Guineas over 1600m, passing on the 1900m Al Bastakiya Trial this week.