A relaxed workout at The Valley on Tuesday has jockey Luke Currie looking forward to claiming a second Group 1 Manikato Stakes victory with warhorse Hey Doc.

The Tony and Calvin McEvoy-trained Hey Doc won the Manikato Stakes at The Valley in 2017 when he defeated In Her Time and Malaguerra.

Currie said Hey Doc was not out to make time in a work out at The Valley on Tuesday morning but was relaxed as he strode out on the soft surface.

“He didn’t break the clock but he did enough,” Currie said.

“He had a nice blow on pulling up and that’s exactly what he needed going into Friday night.

“He felt really good. It was probably good that he was relaxing well this time and it helps him a bit in his runs where he’s not overdoing it.

“If he brings that to the races on Friday night he’ll run really well.”

Hey Doc has drawn gate six in the 11-horse field and Currie said the draw was ideal.

Currie said Hey Doc does not have to lead but can make use of the barrier to be in a forward position.

As Hey Doc has got older the gelding is more relaxed and more of a professional racehorse this time around.

“When he went to Perth (last year) that was one of his best runs ever when he won the Winterbottom,” Currie said.

“And he was a bit the same in his work prior.

“He was very immature for a long time and it seems like he has matured even though he’s a bit older, he’s taken a long time, like his jockey.

“He seems to be a bit more relaxed and a professional racehorse this time and hopefully that shows on the track on Friday.”

Hey Doc is an $8 chance with TAB to land his second Manikato Stakes on Friday night.

Trekking, backing up from running fourth in The Everest at Randwick last Saturday, is the $3.50 favourite, having opened $4 following Tuesday’s barrier draw. 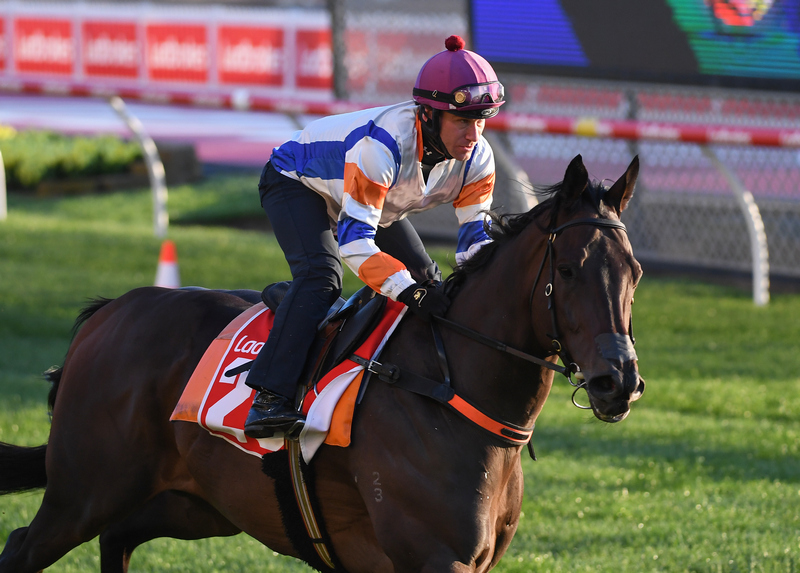