Heavy conditions and The Shorts market

Randwick’s track rating on Saturday will ultimately depend on rain arriving on the day with no rain forecast for Friday and possible afternoon showers on Saturday, however, after a massive excess of 80mm dumped on the track to Thursday morning the likelihood of racing outside of the Heavy range might be remote.

That might compact the field for the $500,000, Group 2 Bowermans Office Furniture The Shorts (1100m) with scratchings possible for Santa Ana Lane, Sunlight and In Her Time, but that would still leave one of the hottest sprints to take place.

The Snowden’s Redzel and Greg Hickman’s Pierata blitzed the Group 3 Concorde Stakes over 1000m on the same track on September 7th closely followed by Graff in third. That day the track was a Good 4 and the sprinters were dynamic with each final 600m covered in 32.32 for Redzel, 31.61 for Pierata and 32.06 for Graff. They could hardly have gone any quicker.

It is not surprising that Redzel has firmed into $4.40, he has won three and placed in three from eight starts on Heavy rated tracks, including his second Everest victory on 2018 on a Heavy 9. Pierata did not race last year in The Everest, but Graff did as a three-year-old and he was strong from barrier 10 and tenth at the 400m to finish fifth in a very good effort.

Pierata has won once and placed twice from four starts in Heavy conditions including a nose second to Nature Strip in the Group 1 The Galaxy over 1100m at Rosehill on March 23rd. His wet track credentials are in that race.

Then we come to the favourite. The Not A Single Doubt grey sprinter has been carefully managed by Bridge, but he does come to The Shorts as the least experienced runner with just four starts and a third on a Heavy track in the listed Darby Munro over 1200m on the same programme as The Galaxy.

There have been two sparking trials in preparation, but no searching race against rivals to clear the fitness levels. On Saturday he meets hardened opponents used to not just the track conditions, but the fire of Group 1 racing. The three mentioned earlier produced real fire of their own with their Concorde times.

Their respective market quotes seem value, which is not a mark against Classique Legend’s ability, just that Saturday is his biggest test so far and he has the toughest available to take that test against. 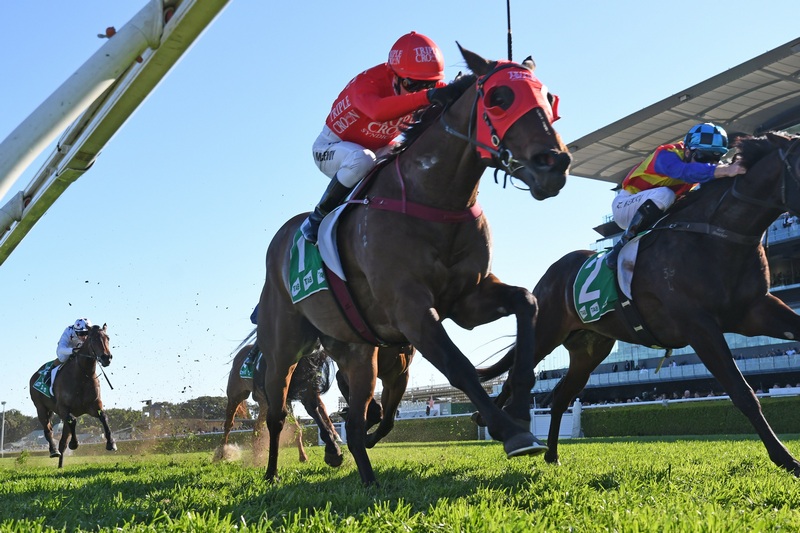 Redzel with Pierata outside in the Group 3 Concorde Stakes, picture Stevehart.com.au