Hamdan Al Maktoum's plundering of Ascot's riches has become commonplace of late but few winners carrying the famous blue and white silks this season have come close to matching the devastating performance of Mohaather, who turned the Group 2 Summer Mile into his very own showcase.

Trainer Marcus Tregoning has been forced to play a waiting game with the talented four-year-old of late. Injury following victory in the Greenham last year prevented him from running in the 2,000 Guineas, while misfortune in the Queen Anne at Royal Ascot put paid to any chance of victory. 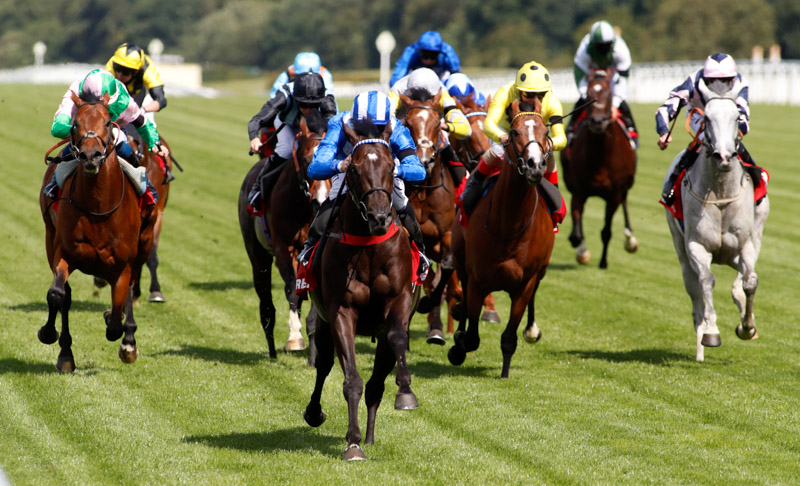 But this was the performance Tregoning was hoping would come, and with a scintillating turn of foot two furlongs out Mohaather vindicated the faith connections have placed in him to put just under four lengths between himself and San Donato. Duke Of Hazzard was third.

Lord Glitters, the 2019 winner of the Queen Anne, ran respectably to finish fourth on his seasonal reappearance, while the fancied Skardu could finish only seventh.

"That was something else," Tregoning said. "He's always looked like he could be a very good horse and he now looks like he might be the best miler I've ever had. I saw Warning as a two-year-old and I always thought this is the nearest thing I might get to him. It's so exciting that he got the trip so well."

"He's been working extremely well as he always does and so I was hoping he would deliver on all the promise today. The ground was about right for him, I was keen that it wasn't too soft because as you've just seen he's got electric speed and Dane [O'Neill, jockey] gave him a great ride."

"Royal Ascot obviously didn't go to plan but now we're back on track. Coming into today I was thinking that he's a solid Group 2 horse but now I'm starting to think he might just be a bit better than that."

Paddy Power reacted by cutting the son of Showcasing into 9-2 (from 8-1) for the Sussex Stakes at Goodwood, a race Tregoning identified as a possible next target.

He added: "It's very exciting and something like the Sussex Stakes now is very much on the cards. He's got so much tactical speed for a race like that but it was important to see if he got the mile before we pitch him into a race like that."