Joyful Fortune was the talk of the track at Sha Tin on Sunday with a debut win that fulfilled the expectations of not only trainer David Hall and jockey Blake Shinn, but also those who ensured he started a 1.8 favourite.

The Australian-bred lined up having shown enough in his morning work and barrier trials to ensure the word on his potential was more a bellow than a whisper.

“You can see it all in the mornings but you need to see it on race day,” Hall said after the three-year-old sauntered to a four and three quarter-length success, and a Class 4 record time for Sha Tin’s 1000m, in the Tathong Channel Handicap.

Only the high-class Aethero has gone faster down the big track’s straight this season, and that was when the G1-placed speedster clocked an outright track record of 54.69s. Joyful Fortune’s 55.07s is the third fastest 1000m time in the past 13 seasons.

“He’s given all the indications that he was going to go and do something like that,” the handler continued. “Maybe that bit of a tailwind made the time look more impressive but he’s a talented horse, there’s no question. From day one he’s looked like that, he’s got a beautiful action.

“We’ve concentrated on keeping his demeanour quiet and relaxed and that’s been working really well. His brain has been terrific for Hong Kong, he’s a perfect horse, he’s very well-behaved and a good doer in the stable – he’s only three so in six months he’ll be a stronger horse.” 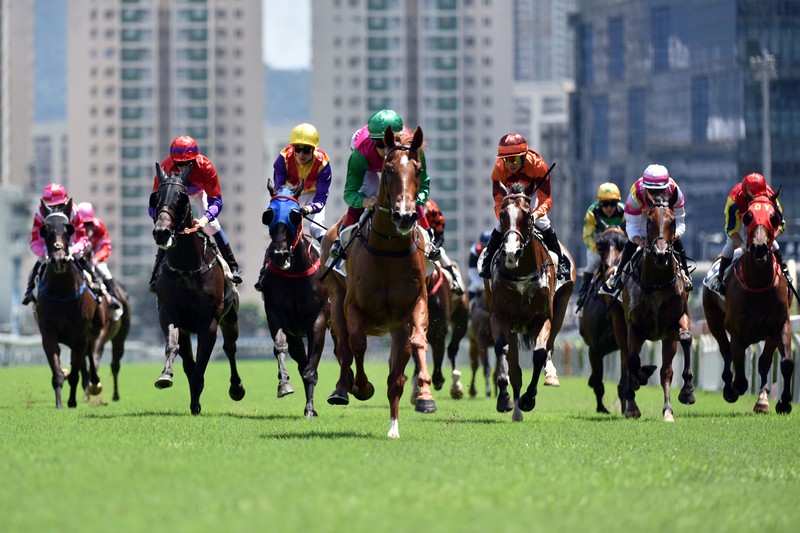 Blake Shinn enjoyed a breezy ride on the impressive Nicconi chestnut who led the field and drew clear without much effort, defeating Fabulous Eight (122lb), who in May filled the same position behind another of the season’s highly-regarded young guns, Winning Dreamer.

Shinn, with only 12 previous wins on the board this term, had partnered Joyful Fortune in three barrier trials and the majority of his recent track work.

“Blake got excited about him and wanted to ride him every morning and put plenty of work in on him, so it’s good to see it all come together. Everyone likes to be on a good horse but Blake needed a bit of a kick so it’ll give him a lot of confidence, I think,” Hall said.

“He had a couple of trials and I think everyone thought I was ready to run him, but then I trialled him around the bend and I did that for the education, just to finish the job. I was always going to run down the straight first time but at least he’s had the experience of running around the corner. I think he can run 1200 metres, no problem – it’s pretty exciting.”

Hall, who earned a G1 Melbourne Cup win with Makybe Diva and saddled Absolute Champion to G1 Hong Kong Sprint success, can now take the summer to plan a campaign. But when next season comes around, he will not be rushing his exciting charge to the higher grades.

“We’ll just progress in the new season,” he said. “He won’t be thrown in the deep-end or anything, he’ll progress and when he tells us he’s ready for the big time, we’ll all know.”

Joyful Fortune was a AU$100,000 purchase out of the 2018 Inglis Classic Yearling Sale, and was first home in two trials before his export to Hong Kong.

Hall bagged a race-to-race double when Matthew Poon made all on Eight Trigrams to win the Class 4 Rambler Channel Handicap (1200m, dirt).