The Ciaron Maher & David Eustace stable is hoping to repeat its success of 12 months ago when Grand Promenade (GB) runs at Flemington. 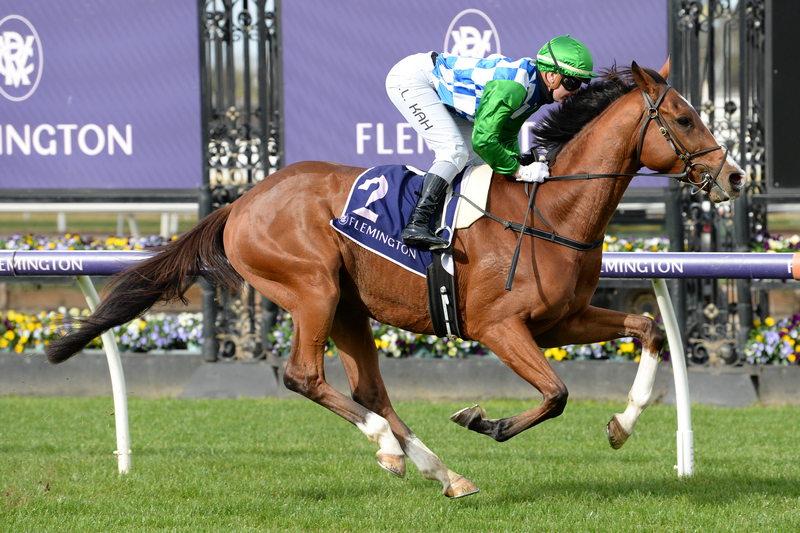 Grand Promenade (GB) currently sits number 21 in the Order of Entry into Saturday’s race which is restricted to 16 runners and four emergencies. The final field will be announced on Wednesday.

Maher said Grand Promenade (GB) had been aimed at Saturday’s race for a long period of time with the aim of sneaking him into the Melbourne Cup with a light weight.

Grand Promenade (GB) has 51kg in the Melbourne Cup after showing staying promise during winter with a 2400m Sandown win, and two victories over 2520m and 2600m at Flemington.

Like Persan last year, Grand Promenade (GB) has had an extended campaign through the autumn and winter, starting out at Mornington in March, while at his last start he finished fifth behind Nonconformist in the MRC Foundation Cup (2000m) at Caulfield on September 18.

“It was a super run the other day,” Maher told RSN. “He covered a lot of ground but was solid through the line, so up to 2500 [metres] and back to Flemington is ideal for him.”

Mahar hopes Grand Promenade (GB) can join Explosive Jack and Persan in the Melbourne Cup, describing the trio as the best “two-milers” the stable has.

“It’s where they sneak into the handicaps that is the key, but it’s pretty exciting,” Maher said.