Gollan has double hope to win a second Doomben 10,000

Tony Gollan has no concerns about the predicted storms for south-east Queensland as he plots a Doomben 10,000 upset on Saturday.

Gollan’s No.1 seed was said to be Jonker, who requires firm footing to show his best. But with his setback, it leaves his chances in the $1Million race with Vega One and Graff, both noted for being effective in wet ground. 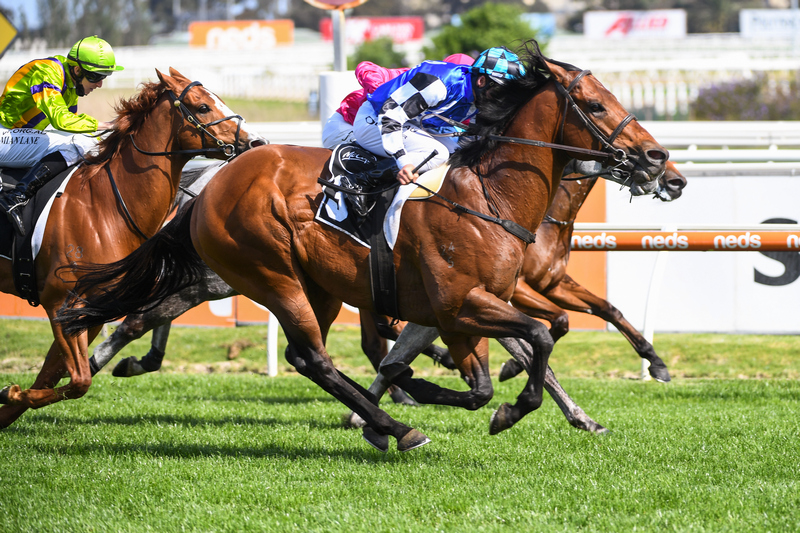 Graff is one of two Doomben 10,000 starters for Golan, picture Racing Photos

Gollan tipped Vega One to improve again after his solid effort in the Victory Stakes second up from a long spell.

“I was really keen for Vega One to draw low,” he said “He loves getting his toe into the ground and he’s raced well at Doomben in the past.

“I thought he was good in the Victory. He was exposed a fair way out. He had to get going wider in the straight.

“He was second up off a year and was entitled to blow out. He has felt the benefit of that run. His work Saturday and [Tuesday] was good for a horse like him.”

Graff has had a number of stable changes, and Gollan is the latest to be given his chance with the talented but enigmatic stallion.

“He’s had a few different homes. He’s obviously a thinker,” the trainer said. “He reeled off a big win at Caulfield [last spring] and we’ve seen him run well in an Everest.

“There’s no doubt he’s Group 1 potential. He just has to have his racing head on.

“He’s got a really big finish when he’s interested in what he’s doing.”

Gollan provided the quinella in the 2014 10,000 with Spirit Of Boom and Temple Of Boom, and is naturally keen to win another Group 1 on home soil, having added to his tally with Krone in the Coolmore Classic during the Sydney autumn.

He said Jonker had improved by Tuesday night and the aim was to now have him ready for the Group 1 Kingsford Smith Cup in a fortnight.