Goldman’s work in progress to target the Highway

The Kurt Goldman-trained Hokahey has only missed a drum once in seven starts to date, including winning her past two, and the Goulburn-based trainer is asking her to take the next step when she tackles the Highway Handicap at Rosehill Gardens this Saturday.

After shedding the maiden tag over the mile at Canberra two starts back, the War Chant (USA) mare made it back-to-back victories over the same track and trip last time out and has earned her shot at the $100,000 race this weekend.

“I earmarked this race probably six weeks ago and it’s just been a gradual process to get her there for Saturday,” Goldman said.

“She’s getting better with each run, she’s learning what it’s all about. She’s obviously very consistent but I think she’s going to be a much better horse next preparation. She’s still a work in progress.”

Despite her consistent record of two wins and four placings from just seven outings, the four-year-old mare has presented some challenges for Goldman and his team along the way.

“She’s just a highly strung mare,” Goldman said. “She’s always on her toes and has her little moments for no particular reason.

“I think training her here [at Goulburn] has been very beneficial for her. It’s just a more relaxed environment.”

As to stepping up to the 1800m for the first time on Saturday, Goldman has no issues with her handling the extra trip.

“I think she’s going to relish 2000m, even up to 2400m eventually,” Goldman said. “I feel she’s getting better with each run as she gets over these trips.”

With the stable in a mini purple patch of form winning their past three starts, Goldman is grateful for his team and the horses he has on the ground. 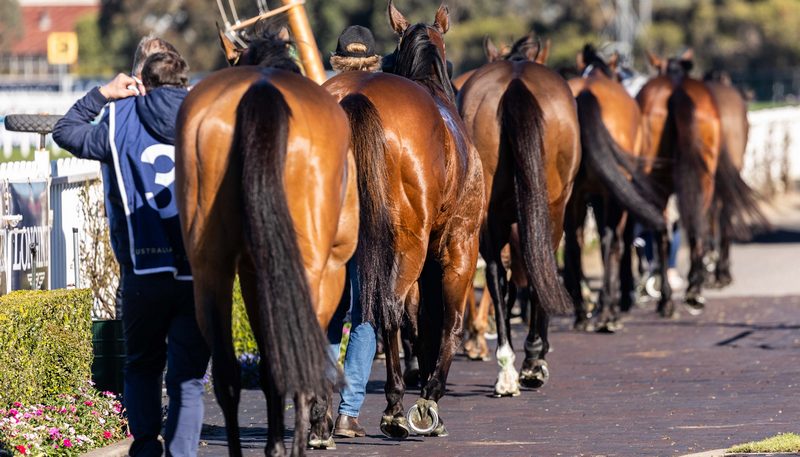 Racing is back at Rosehill Gardens again next Saturday