A horse considered the ‘Goldilocks’ of the stable, and another who skips through wet tracks like a kid through muddy puddles, will bid to deliver Chris Waller a two-state feature race double this weekend.

So You Win is an early favourite for Saturday’s Listed Ipswich Cup (2150m) in which he will chase a breakthrough black-type success.

In Sydney, Wu Gok spearheads Waller’s four-pronged assault on the Listed McKell Cup (2000m), a race the champion horseman is surprisingly yet to win.

So You Win has finished in the top four in all five starts this preparation, twice placing in Group Three company, although he doesn’t salute out of turn.

“He has been racing in his own grade, but at carnival time, even benchmark races and the undercard get stronger, and he’s kept flying the flag. The distance is the only query with him.

“He’s drawn five, so he should get a suck run and do no work … that will help him see out the journey.” 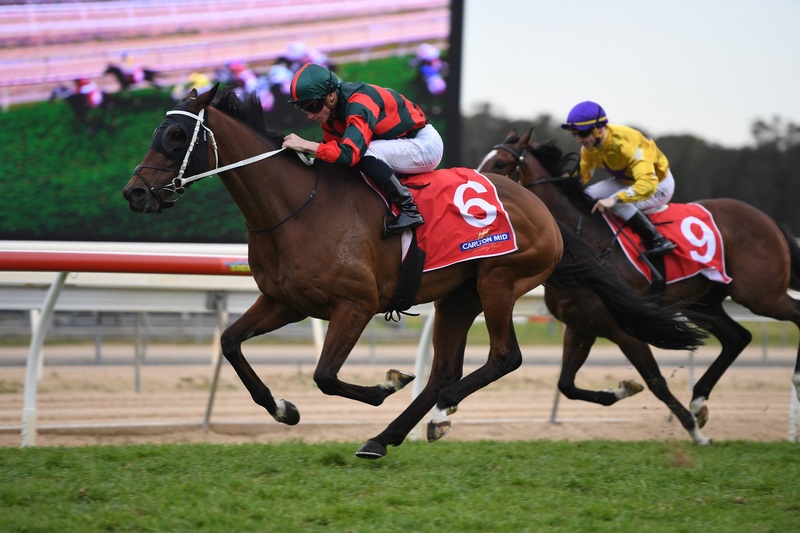 Wu Gok should have conditions to suit, picture sportpix.com.au

Sydney’s leading trainer will also have a strong hand in the McKell Cup (2000m) at Rosehill with markets suggesting Wu Gok and Yonkers are his best chances.

Duckworth believes track conditions on the day will be the key to their respective chances, with Wu Gok having recorded eight of his 11 wins on heavy surfaces.

“It comes down to ground. Depending on what rain we receive overnight, and if there is rain on the day, it’s a complete no brainer in terms of Wu Gok,” Duckworth said.

“He just thinks it’s great fun playing in the mud, so he’d have to be the pick. But he needs it wet.

“Yonkers is the youngest of the bunch and the one that is a little bit progressive.”

The pair will be joined by The Lord Mayor and outsider Mr Satchmo, while Humbolt Current will line up alongside So You Win at Ipswich.

While none is likely to reach racing’s greatest heights, they are integral to the fabric of the Waller stable.

“Some people see them as the boring ones to write about because they’re all getting a bit long in the tooth, but they’re the stable favourites because they’ve been around so long,” Duckworth said.