Golden Sixty has advanced further to the top of racing’s global elite based on the 2021 LONGINES World’s Best Racehorse Rankings (WBRR), released by the International Federation of Horseracing Authorities (IFHA) on Tuesday, 25 January, as eight of Hong Kong’s elite races featured in the LONGINES World’s Top 100 Group 1 Races last year.

Golden Sixty has soared to an international rating of 125 in the year end list and is now the world’s joint highest rated miler – positioned equally with the unbeaten Baaeed – G1 Queen Elizabeth II Stakes (1609m) victor and G1 Lockinge Stakes (1609m) winner Palace Pier – who is now standing at stud.

Rated the world’s joint-third top miler in 2020, Golden Sixty has improved one point to 125 in the annual rating list, based on his outstanding performance in the 2021 LONGINES Hong Kong Mile and, as such, the six-year-old is now firmly entrenched in the top ten of the LONGINES WBRR – rising from equal 10th position in 2020 to equal sixth in 2021.

Through the 2020/21 racing season, Golden Sixty won all seven of his starts – as part of his famed 16-race unbeaten streak – winning four Group 1s, two Group 2s and one Group 3 – ranging from 1400m to 2000m, highlighting his incredible versatility. 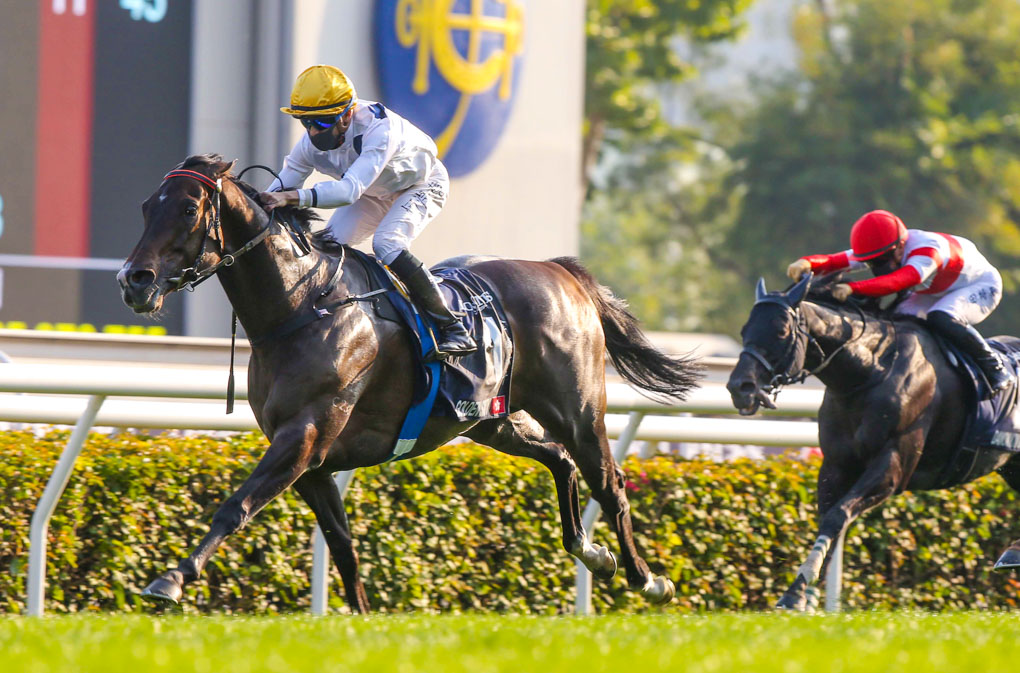 The Hong Kong Jockey Club’s CEO Mr Winfried Engelbrecht-Bresges said: “Golden Sixty has proven time and time again that he is an elite talent, worthy of status among the world’s best.

“I would like to congratulate Owner Stanley Chan for his horse’s great achievement, which is a testament to Hong Kong and its racing – with a pool of 1,300 horses and no breeding industry to rely on – to achieve such an amazing result, especially for Francis Lui, his team and Vincent Ho – who have expertly managed Golden Sixty.

“Looking further ahead, I am confident that with further incentives, including enhancements to the Club’s successful High Achievement Bonus scheme, continued increases in prizemoney for our elite races, which include the world’s richest G1 turf races at distances of 1200m, 1600m and 2000m and revamping the import policy regarding Private Purchases to improve the value proposition for our owners who have bought quality horses to race in Hong Kong, coupled with the emergence of an exciting four-year-old crop, there is great cause for optimism about the continued excellence of Hong Kong racing.”

Now retired, Exultant still performed respectably through 2021 with two placings at the top-level – before stepping away from racing as a five-time G1 winner with HK$83.49 million banked.

Eight of Hong Kong’s 12 elite contests featured in the LONGINES World’s Top 100 Group 1 Races, led by a rip-roaring edition of the FWD QEII Cup (2000m) on FWD Champions Day in April – won by Loves Only You – to earn a rating of 120.

Each Group 1 is ranked according to an average rating of the first four placed horses in that race with the World’s Best Racehorse Rankings Committee deciding the ratings.

Mr Winfried Engelbrecht-Bresges said: “It is once again incredibly satisfying that we have maintained our position in the top five racing jurisdictions in the world for the number of top Group 1 races staged in Hong Kong.

“COVID-19 has presented its challenges for all racing jurisdictions and Hong Kong is no exception.

“It is gratifying for the Club and our staff, members and fans that again we have risen to the challenge with a ‘can-do’ spirit. We have attracted world-class opposition to Hong Kong to compete in the FWD Champions Day and the LONGINES Hong Kong International Races, especially the December flagship event with competitors from Japan, Ireland, Great Britain and France – all venturing to Hong Kong to take on our best.

“We take immense satisfaction from the Club’s ability to overcome significant obstacles to maintain Hong Kong’s presence as one of the world’s leading racing jurisdictions.”