Goffs Orby 2020 drew to a close on Thursday with an 80% clearance rate recorded across the two-day sale that was held at the Goffs sales complex in Doncaster.  Today’s top lots drew plenty of international interest, led by Shadwell who struck for a daughter of Oasis Dream from Bobby and Honora Donworth’s Roundhill Stud (Lot 343 - pictured).  Knocked down for £450,000 to Angus Gold, the beautifully bred filly is out of a winning sister to a host of black type winners including Group 1 winner Zabeel Prince, Puissance De Lune and Queen Power as well as the dam of Champion filly Rizeena.

The Kilcarn Stud-bred Channel was one of the Orby Sale’s flagships graduates last season when winning the Group 1 Prix de Diane, and her half-sister by Sea The Stars (Lot 253) was another of the choice fillies on offer this week.  Offered by The Castlebridge Consignment for Kilcarn Stud, she was purchased by John Clarke on behalf of Sunderland Holdings for £360,000. 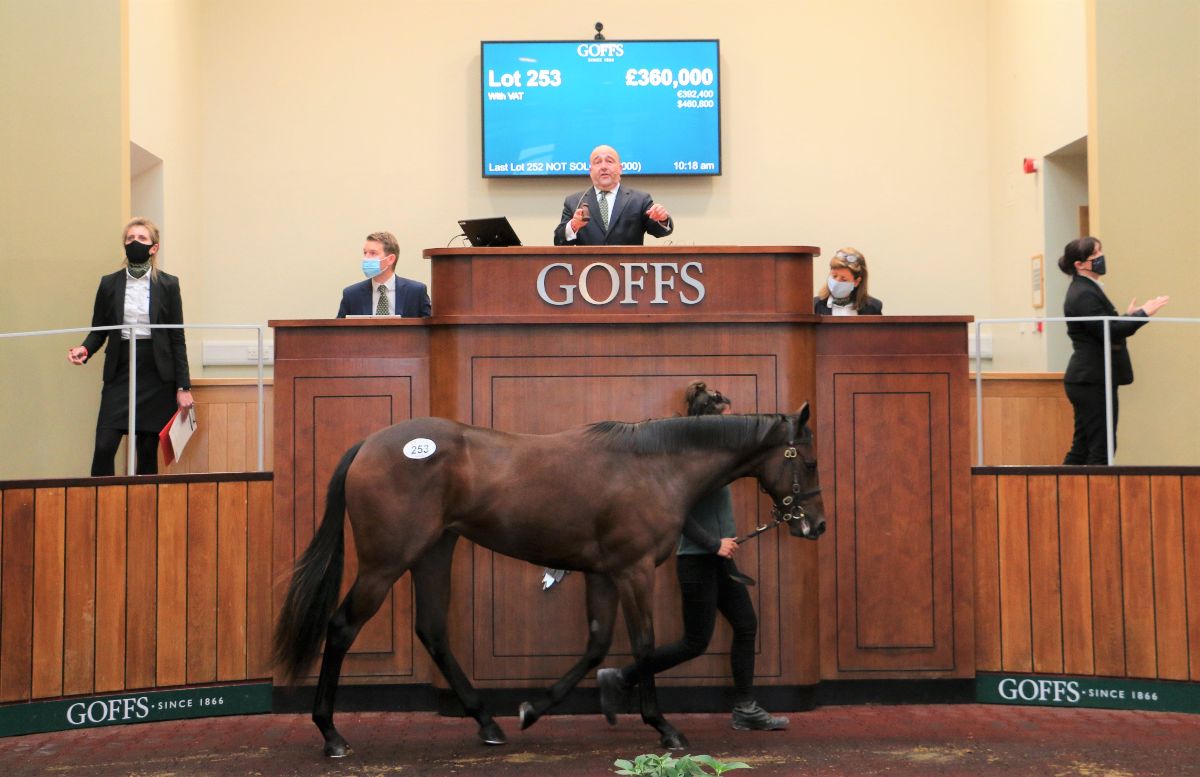 Lot 253 - Sea The Stars filly ex Love Magic, Sold by The Castlebridge Consignment for Kilcarn Stud to Sunderland Holdings for £360,000

Peter Brant acquired his multiple US Grade 1 winner Raging Bull from the Orby Sale in recent years and Whitebirch were back in action this week through agent and long time supporter of the Orby Sale Demi O’Byrne, purchasing three yearlings which were headed today by Yeomanstown Stud’s Dark Angel own-brother to Group winner Angel’s Hideaway and the Group 2 placed Perfect Angel (Lot 438) that sold for £355,000. 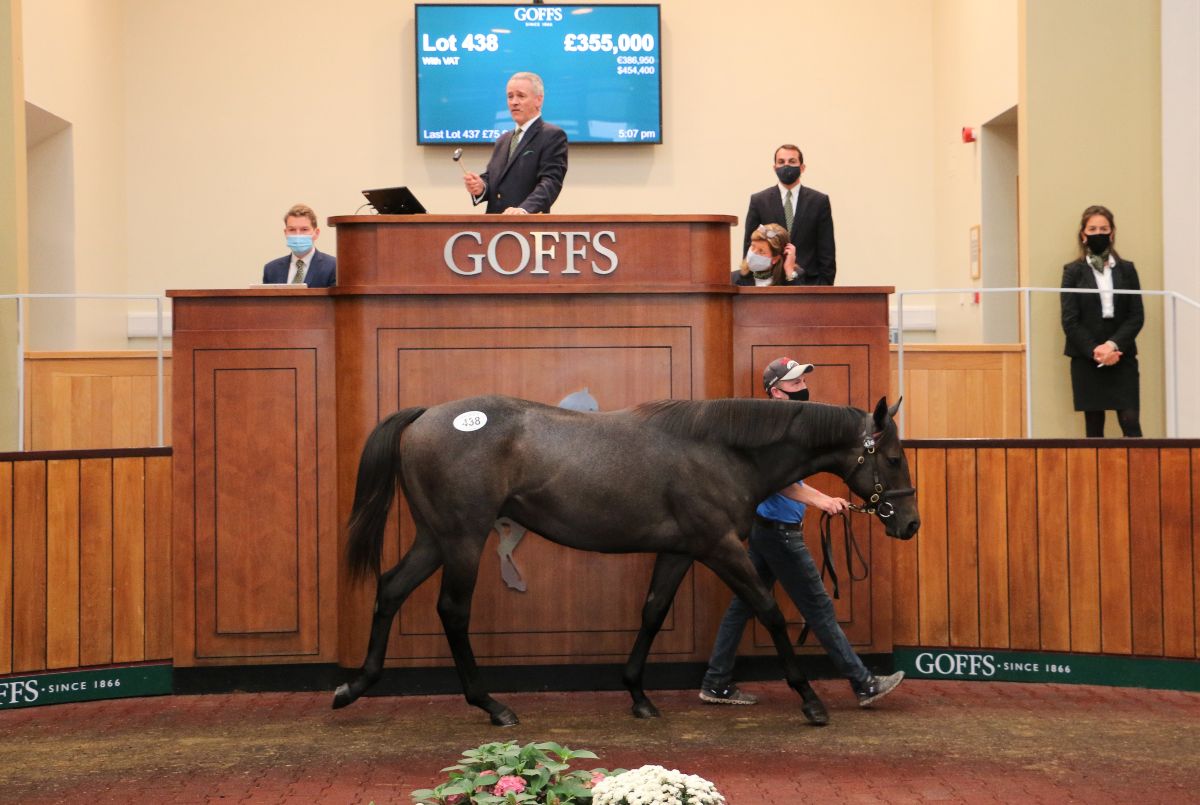 At the conclusion of the Orby, Goffs Group Chief Executive Henry Beeby commented: “The Irish National Yearling Sale has long been part of the fabric of Irish life as it is a significant occasion with a rich history and tangible relevance to the bloodstock community as well as the wider Irish public. So to move the Orby Sale to the UK was a monumental decision and one that we did not take lightly. However we had to take action in what we felt were the best interests of every vendor given the circumstances in which we all find ourselves as so many had entrusted us with many of their best yearlings despite the uncertainty that existed at the time of entry.

We are, of course, fortunate to have the world’s newest sales complex in the UK and it is a source of some considerable pride that so many newcomers to Doncaster this week have been so complimentary about the facility we built as DBS. It allowed us to showcase the superb yearlings that made up Orby 20 and we repeat our thanks to each vendor for their support. We recognise that the move presented huge logistical issues and extra costs for everyone, and that it caused some debate, but our feeling is that the large crowd of potential purchasers that arrived from Sunday demonstrated the enduring appeal of the Orby Sale as a rich and consistent course of quality.

I do not think anyone approached the sale expecting anything other than it to be tough but we salute our vendors for the way they adapted and read the market as evidenced by the 80% clearance rate which, whilst not up to recent years, demonstrates that vendors were pragmatic in their approach and worked with us to deliver the best results in the circumstances. That said we absolutely recognise that the returns of the last two days have been hard on many vendors and we share their pain as we have always prided ourselves on delivering the best prices for the lots we offer. However we are all aware of the havoc being wreaked on all walks of life by Covid-19 and the impact on the global economy so it is understandable that there are less orders around for racehorses from buying entities, big and small. Those challenges are, of course, exacerbated by the ongoing issues around prize money that we read about on a daily basis whilst there are several significant players from recent editions of the Orby Sale that are not present for one reason or another.

None of this is offered as any excuse or justification as it is plain that Orby 20 is way behind its recent predecessors. Whether that is mirrored elsewhere in the coming weeks remains to be seen but we send our best wishes to everyone selling in Newmarket as this is one interlinked industry whilst we have worked with closely with Tattersalls throughout this crisis as both organisations have done everything in our collective power to provide as near as normal a market place as possible.

In fact if there is one achievement from this week it is in the staging of a thoroughbred auction, and we are indebted to many people and entities for their hard work, adaptability and cooperation, not least Doncaster Council who worked with us to find solutions rather than problems. So I want to repeat our sincere thanks to every attendee for their good humoured acceptance of the protocols in place to protect everyone and ensure compliance with the latest Government directives. I know they were irksome, annoying and tiresome but we are grateful that everyone acknowledged their necessity.

Let’s hope that Orby 21 is back where it belongs. In Ireland doing what it does best – selling the best for the best to the best”.

*Converted from Euro to Sterling using rate on day of sale