Godolphin's trainer James Cummings comments on the stable's runners at the Epsom Handicap meeting at Randwick and the Turnbull Stakes meeting at Flemington on Saturday:

TINGE (AUS) - 2yo Filly by Shamardal (USA) out of Colour (AUS)
“She’s a fast filly with a strong, short-coupled physique. Her race-craft has needed work, and it has improved after extra attention from the staff.”
“She has a wonderful two-year-old pedigree, so we expect her to realise her provenance with a sharp performance.”

ATHELRIC (AUS) - 2yo Colt by Exceed And Excel (AUS) out of Ida (AUS)
“He’s another fast and naturally athletic two-year-old by this great stallion Exceed And Excel.”
“He’s shown an ability to get straight onto the bridle and a willingness to please, so we expect no excuses.”
“Competing in the Breeders’ Plate gives him the chance to reveal the weaponry in his arsenal.”

RETRIEVAL (AUS) - 2yo Colt by Medaglia d'Oro (USA) out of Shelters (AUS)
“It was encouraging to see him win his Kensington track heat particularly after overcoming such a chequered passage.”
“He’s a terrific looking colt and we are upbeat about his ability. The assignment to win here will take a monumental effort from the extreme outside barrier.”

AVILIUS (GB) - 6yo Gelding by Pivotal (GB) out of Alessandria (GB)
“A fast mile on a firm track did not help Avilius to properly let go in the George Main.”
“The horse will be better suited cantering up to them at this distance.”
“He’ll have the blinkers on here, he’s worked around easily in them and we’re quite confident the gear change will be effective.”

DEPRIVE (AUS) - 6yo Gelding by Denman (AUS) out of Defrock (AUS)
“He has won four from six first-up and the only two defeats have come in 1,000m races.”
“He possesses an excellent record at Randwick.”
“We struggled to bring him on last preparation, so he’s got a bit to prove against well-credentialled opposition.”
“This time he has had a good grounding off a solid break and we’re expecting him to run well fresh despite the depth in this event.”

COLETTE (AUS) - 4yo Mare by Hallowed Crown (AUS) out of Libretto (IRE)
“We have preferred to keep her campaign on the light side, with the Golden Eagle her main spring target.“
“She has pleased us with her two performances this preparation and takes on a major mile handicap with a light impost. She appears to be well placed in an open race.” 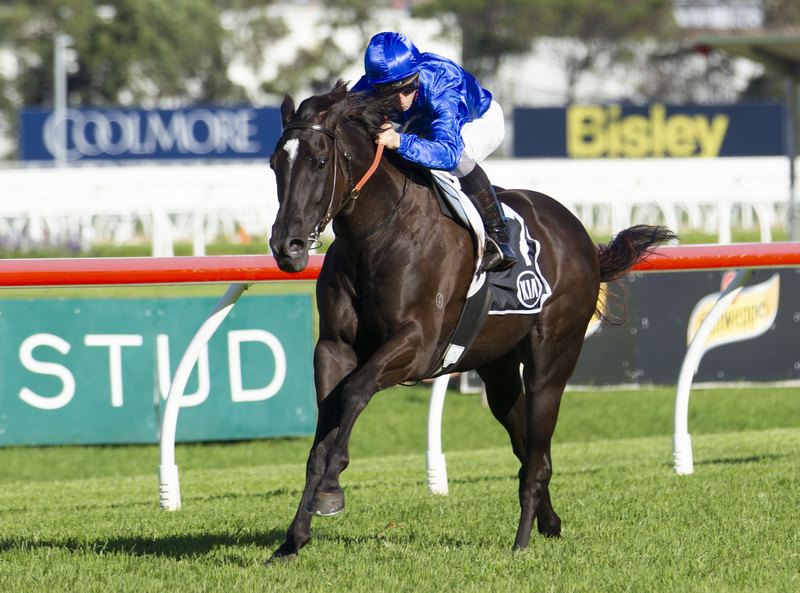 CLOUDY (AUS) - 2yo Filly by Frosted (USA) out of Applegate (AUS)
“She got back in her jump-out, ran on strongly and showed a bit of X-factor.”
“We think the straight track will suit her well as she sits off horses with ease.”

INGRATIATING (AUS) - 2yo Colt by Frosted (USA) out of Obsequious (AUS)
“He is another promising Frosted two-year-old that is showing nice precocity.”
“He could well be the one to show up from our trio on feedback alone.”
“The colt is strong, eager to gallop and very capable in everything we have asked of him now.”

NAPLES (AUS) - 2yo Filly by Street Boss (USA) out of Italy (AUS)
“Her jump-out was run in a sharp time and there is a bit of class about her.”
“She came through the jump-out strongly, with scope for further improvement.”

VALAQUENTA (AUS) - 3yo Gelding by Street Boss (USA) out of Yavanna (AUS)
“There’s no doubt that he’ll have come on from a gutsy first-up effort and he’s building an excellent record in these sharp sprints.”
“He’s Kementari’s half-brother, so it would be a very special day for the operation if they could both win on the same card.”

BEST OF DAYS (GB) - 7yo Gelding by Azamour (IRE) out of Baisse (GB)
“There were streaks of improving form throughout his last preparation. Drier tracks this spring should suit him better.”
“It shouldn’t be forgotten that he’s a G1 winner over 1,600m at this track and a winning day could be fast approaching.”

GAULOIS (AUS) - 6yo Gelding by Street Cry (IRE) out of Celts (AUS)
“After finishing off his last campaign with a win in Brisbane he brings a bit of extra residual fitness to this first-up assignment. If he is smoking along as easily here, he might just run a race despite the 61kg impost.”

MUNITIONS (USA) – 5yo Horse by War Front (USA) out of War Echo (USA)
“He is an attractive Keeneland yearling purchase and a G3 winner in France. We feel he is acclimatised and we might just find out how dangerous this import is fresh up from a long break.”

SAVATIANO (AUS) - 6yo Filly by Street Cry (IRE) out of Retsina (AUS)
“Her form suffered a rare downturn last start which we’ve put down to the firm track.”
“She’ll need everything she’s got from the wide gate, but she can win this race on her form from two runs ago. The blinkers going back on should be a strong pointer.”

ALCYONE (AUS) - 3yo Colt by Teofilo (IRE) out of Purple (AUS)
“He didn’t warm up at all around Moonee Valley the other night, but he bounced back easily from a non-descript run last preparation when nearly winning the Taj Rossi Series Final.”
“He’s been in rude health since and we feel he needs more racing.”