Godolphin's trainer James Cummings comments on the stable's runners at Randwick on Saturday:

FLIT (AUS) - 3yo Filly by Medaglia d'Oro (USA) out of Glissade (AUS)
“She won’t be the only one trying to climb back onto the podium in this race.”
“You can disregard her run in Melbourne when she led and dropped out.”
“She can get back up. I like her chances.”

COLETTE (AUS) - 3yo Filly by Hallowed Crown (AUS) out of Libretto (IRE)
“She’s a stayer with a turn of foot which is a rare commodity.”
“To graduate to the Oaks in her first preparation is a feat in itself. To be among the leading chances on the biggest stage of all is an even greater achievement.”
On the race: “There is nothing like 2,400m form for a 2,400m race – and there is none in this race, so we should be guarded.”
“She has a mammoth task ahead of her and we’ll just have to see if she can mount the challenge that is required.”
“But she comes into it looking as well as she did before the Adrian Knox.”
“And there were so many things to like about her win in that race.”

ALIZEE (AUS) - 5yo Filly by Sepoy (AUS) out of Essaouira (AUS)
“She is a remarkable mare.”
“She’s won at least one race in every preparation since she turned three, and she’s beaten a lot of very good horses along the way, including in this campaign in the Apollo where she beat Dreamforce and Happy Clapper.”
“If her career hadn’t been interrupted by that setback in the spring of 2018, who knows what her record would look like.”
“She showed the sort of form she was in by winning the Queen Of The Turf at G1 at her last run that autumn and came back and won the first three starts of her next preparation, including the G1 Futurity Stakes.”
“I feel privileged every time I put a saddle on her big, broad back.”

POHUTUKAWA (AUS) - 4yo Filly by Medaglia d'Oro (USA) out of Lumina (AUS)
“The blinkers go back on and she’s back to Randwick which should both be in her favour.”
“There is a case to be made for Pohutukawa in what is a target race for her.”

MANICURE (AUS) - 5yo Filly by Exceed And Excel (AUS) out of Trim (AUS)
“She will have been improved by her first-up run behind Vegadaze in a race where she beat home some useful
“Back to her own sex she can be a threat.”

SAVATIANO (AUS) - 5yo Filly by Street Cry (IRE) out of Retsina (AUS)
“She’s a strong mare who ranks as a leading contender.”
“Her second to The Bostonian in open, G1 company in the Canterbury Stakes looks good form for a race like this.”

SOOTHING (AUS) - 5yo Filly by Lonhro (AUS) out of Dreamy (AUS)
“She needs to prove herself at 1,200m, but we were satisfied with her return in The Galaxy.” 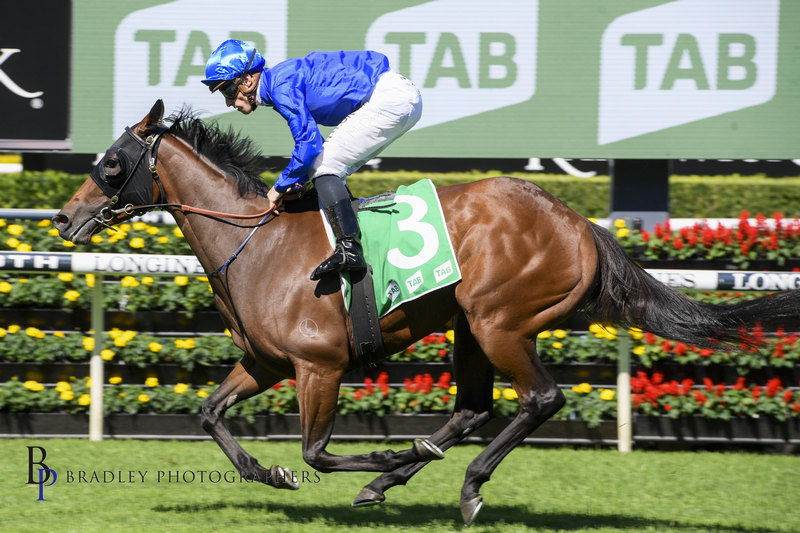