Godolphin's trainer James Cummings comments on the stable's runners at the Doncaster Mile meeting at Randwick on Saturday.

DAMAGED (AUS) - 2yo Colt by Exceed And Excel (AUS) out of Shatters (AUS)
“He’s a classy, robust colt who excelled in his maiden victory fresh up on his home track.”
“Whilst he went down with a top effort here last year, he did bump into Return With Honour that day and we have him in stronger shape now.”

JERLE (AUS) - 2yo Colt by Exceed And Excel (AUS) out of Shannara (AUS)
“He is a quick colt by the same sire as Damaged (Exceed and Excel).”
“His solid final furlong to open his account at Gosford on soft going suggests he has the capacity to keep improving.”

PROMOTIONS (AUS) - 3yo Gelding by Exceed And Excel (AUS) out of Transfers (AUS)
“The time between runs since winning the Canberra Guineas has made it difficult to keep up his motivation.”
“Accepting against some serious opposition here and giving weight away makes his prospects all the more difficult, but victory would be a great effort and a vindication of one rider after the next convincing us that he wants to get all the way up to 1,600m.”
“The ability Promotions has is not really shown in his brilliance, it is shown in his action, and if he keeps finding over a mile he might prove a very progressive horse for us.”

AMITTO (AUS) - 3yo Filly by Lonhro (AUS) out of Anamato (AUS)
MAIA NEBULA (AUS) - 3yo Filly by Bernardini (USA) out of Pleiades (AUS)
“This is an excellent opportunity for all three of our fillies to gain some Black Type.”
“Amitto has also come through lower grades. She’s out of a very good race mare in Anamato, who will need to instil every ounce of stamina into this light filly for her to see out 2,000m.”
“Maia Nebula relished racing over further two runs ago, so I’m very happy for her to be back over this trip.”
“She’s got a job ahead of her to mix it with this class, but the placegetters will all need to prove their staying prowess in the end.”

COLETTE (AUS) - 3yo Filly by Hallowed Crown (AUS) out of Libretto (IRE)
“The G1 races are obviously important, but for a couple of reasons, I’m really looking forward to this race.”
“I have been so taken by Colette. You must believe in what you’ve seen and her victories at Kembla and Newcastle have been most impressive.”
“We have treated her with kid gloves until now, so the next 10 days will be a test of her fortitude.” 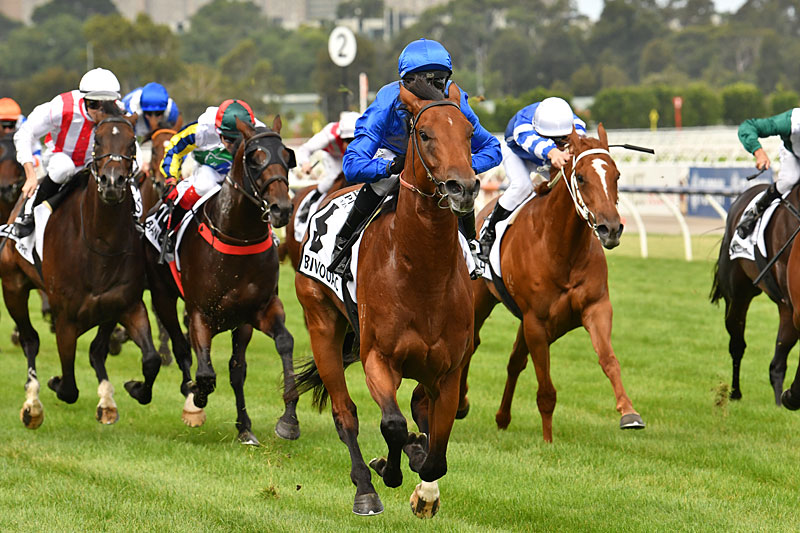 BIVOUAC (AUS) - 3yo Colt by Exceed And Excel (AUS) out of Dazzler (AUS)
“He was dominant in the Newmarket and remember how he let down in sparkling fashion at this track 12 months ago in the Kindergarten. That is the form he’s capable of producing”
“His finish in the William Reid was not up to his usual standard and I’m of the strong opinion that that track was his undoing.”
“Everything about him in his training between runs has me visualising another ripping performance at Randwick, which is nothing short of what he will need in this year’s TJ Smith. It is a real horse race.”

TREKKING (AUS) - 5yo Gelding by Street Cry (IRE) out of Outdoor (AUS)
“He’s got plenty of condition on him as you’d expect fresh up since Perth.”
“While he might not present as a standout chance in this tremendous contest, he has galloped deftly in the lead up so can be running on strongly late against any weakening opposition.”
“This race will be very different to the first-up assignment he was faced with last preparation, and the way things are looking I feel he can’t help but run well . ”

BEST OF DAYS (GB) - 6yo Gelding by Azamour (IRE) out of Baisse (GB)
“He was faced with an impossible assignment first-up.”
“He got back to last in a canter at 1,500m but he was strong through the line, taking ground off horses like Alizee and Brandenburg.”
“As a G1 winner who will be on an upward curve this preparation, he’s in the Doncaster well and truly on his merits.”

CASCADIAN (GB) - 5yo Gelding by New Approach (IRE) out of Falls of Lora (IRE)
“It was a great relief last start for him to burst into fresh air at the furlong.”
“That open passage saw him unleash a tidy little turn of foot to put his credentials on the line for this year’s Doncaster.”
“His automatic entry was not necessary – you will find he had already qualified for a start. What he needed was the run to bring him on, and his peak fitness will now be put to the test against the best.”.”
“He’s a horse who had G1 form in France and who now also has G1 form at Flemington, so he’s thoroughly entitled to be rated among the prospects.”

TALLY (AUS) - 7yo Gelding by Street Cry (IRE) out of Itemise (USA)
“Tally is the only horse who is first-up in this year’s race, but he has bits and pieces of fresh form.”
“He’s also been placed twice at G1 level, he’s a multiple Stakes winner, he’s got Derby Day form and he has no weight on his back. Whilst you can read all of that in the form guide, you really ought to see how strongly he’s working on the training track.”

KIAMICHI (AUS) - 3yo Filly by Sidestep (AUS) out of Ouachita (AUS)
“Kiamichi has trained beautifully since her solid effort against the older mares last start.”
“She was taken high on the track there and should be nicely suited dropping back against her own age.”
“A testing wet track is just what she needs to offset her Group One winner’s penalty, and it would do her chances real justice to finally get back on rain affected going. “

PIN SEC (AUS) - 3yo Filly by Lonhro (AUS) out of Moderate (AUS)
“Knowing her fresh performances are amongst her best, we have targeted this race as a first-up goal.”
“We were left wondering whether she’d come up in the spring.”
“But it takes a good horse to win a Black Opal and she won it sprinting away from them. That performance would be great to see again.”

PLAQUETTE (AUS) - 3yo Filly by Exceed And Excel (AUS) out of Medaglia (AUS)
“She comes here off an exciting win at the provincials and it will be interesting to see how she mixes it with the better credentialled fillies.”
“There has been a lot to like about her training, and she was just begging for us to run her in a stronger race.”