Godolphin's trainer James Cummings comments on the stable's runners at Randwick and Caulfield on Saturday.

AVON RIVER (AUS) - 3yo Filly by Fastnet Rock (AUS) out of Lady Melksham (AUS)
PALURIEN (AUS) - 3yo Filly by Reset (AUS) out of Yavanna (AUS)
SPECIAL SNAP (AUS) - 3yo Filly by Shooting To Win (AUS) out of Lobola (AUS)
“This looks a race that is there for the taking for a filly on the way up and we have a selection of runners who fit the bill.”
“Avon River is in great form and is still on an upward trajectory, Palurien steps up from a Newcastle maiden win but she’s going in the right direction and Special Snap put in a very promising effort first-up at Warwick Farm.”
“They’re all well-bred fillies who are capable of earning Black Type here.”
(Avon River is out of the G3 winner Lady Melksham; Palurien is a half-sister to Kementari: Lobola is the dam of seven winners including the Listed winners Handfast and Rusambo, and the city winner Chipanda)

DEPRIVE (AUS) - 5yo Gelding by Denman (AUS) out of Defrock (AUS)
“He didn’t get it done at G1level in the Rupert Clarke, but he’s back at Randwick where he’s undefeated in five starts. He really didn’t have things to order in Melbourne. On his home patch and with fresh legs, will be looking for a serious effort.”

HOME OF THE BRAVE (IRE) - 8yo Gelding by Starspangledbanner (AUS) out of Blissful Beat (GB)
“He’s shown us that at the age of eight he’s still got plenty to offer.”
“His second to Brutal last start signalled a return to form. His determination and tenacity right to the post was extremely pleasing.’

ALIZEE (AUS) - 5yo Filly by Sepoy (AUS) out of Essaouira (AUS)
“In a way, we’re backing ourselves like never before.”
“There’s no escaping the pressure, but we have the horses.”
“Alizee is beaming with good health. She’s strong, she’s fit and everything I envisaged for her from the program that we set has fallen into place.”

TREKKING (AUS) - 5yo Gelding by Street Cry (IRE) out of Outdoor (AUS)
“He’s here at the culmination of a carefully plotted path.”
“He barged out of his box last Sunday morning after his win in the Schillaci as though he was ready to go on with it.”
“When he arrived back in Sydney on Monday morning he marched off the float, had a pick of grass and a good look around and was back at work.”
“It’s already a great achievement for him to come as far as he has.”
“He’s won two-from-two over this trip at Randwick. His place as the final entrant in the Everest has been achieved on merit.”

HILO (AUS) - 3yo Colt by Lonhro (AUS) out of Kona (AUS)
“He ran into some very good three-year-olds in the Guineas Prelude and didn’t disgrace himself.”
“We know he’s a horse with a lot going for him and back to Listed company here should see him be competitive.”

DEMERARA (AUS) - 5yo Filly by Commands (AUS) out of Rum Cruise (AUS)
SOOTHING (AUS) - 5yo Filly by Lonhro (AUS) out of Dreamy (AUS)
“Demerara and Soothing are mares who respond well fresh and they’ve both been sharp in their training.
“They’ve both given me very positive signs.”
Race 7 -   McCafe Caulfield Sprint-Group 2       (1000m)
BADAJOZ (AUS) - 7yo Gelding by Commands (AUS) out of Jerezana (AUS)
“He was going better than his last run suggests, so it would be encouraging to see him bounce back.”

INTUITION (AUS) - 5yo Gelding by Street Cry (IRE) out of Radar (AUS)
“He’s fresh-up after a solid campaign in which he raced himself to a good level.”
“Hopefully he can step up again.”

POHUTUKAWA (AUS) - 4yo Filly by Medaglia d'Oro (USA) out of Lumina (AUS)
“She ran a slashing race second-up after leaving a bit to be desired in the Tibbie.”
“She looks like she’s ready to reproduce the form she showed in Brisbane where she raced in mares’ company and acquitted herself well, winning a G3 and finishing second at G1 in the Tatt’s Tiara.”

SAVATIANO (AUS) - 5yo Filly by Street Cry (IRE) out of Retsina (AUS)
“She finished fourth in the same race as Pohutukawa at Flemington.”
“I think Caulfield will suit her better. On paper there isn’t a lot between them.” 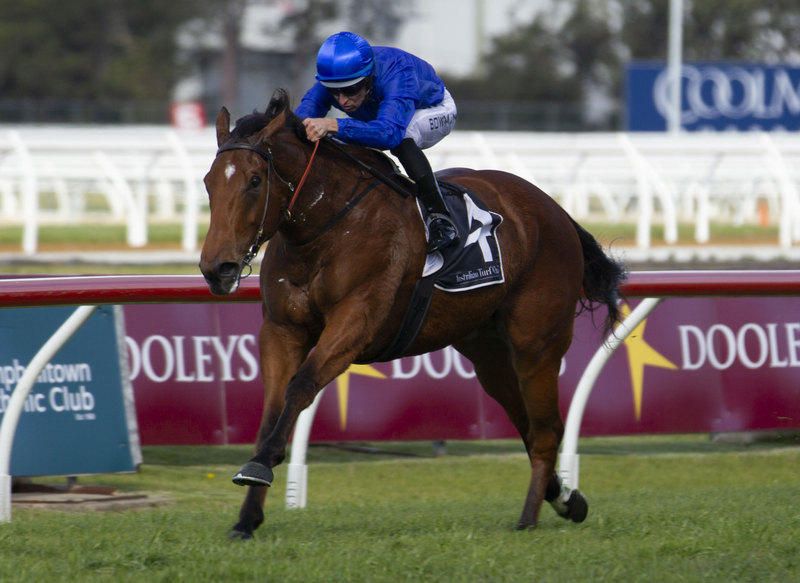