Godolphin’s bid to win Australia’s richest race and the world’s highest-rating sprint has taken a positive, early turn with the global racing organisation committing to a slot for the 2020 The Everest.

Godolphin Australia managing director Vin Cox said the early announcement of the intention to claim a starting slot reflected the confidence the group has in the concept.

“The Everest has captured a new audience for Australian racing and Godolphin supports the direction Racing NSW has taken in creating a race that has opened new frontiers and challenged conventional thinking,” Cox said.

“We support the direction The Everest has taken, which is one that aligns with Godolphin’s quest for excellence.”

“Announcing our intention to take a slot now for the race to be run in October also highlights the confidence we have in the people and the horses that make up our racing team.”

First run in 2017 as Australia’s richest race, The Everest immediately became the highest-rating sprint race in the world, maintaining that position each year since. In 2020 the race will carry prizemoney of $14 million.

The commitment to The Everest in 2020 follows placings by Godolphin runners in the past two years.

“The Everest is showcasing the best sprinters in Australia and we have shown we can compete in this space,” Cox said.

In 2018, Godolphin’s classy sprinter Osborne Bulls took a path against the outside fence to finish third and last year Trekking finished in the same position after earning a place in the race by winning the G2 Schillaci Stakes at Caulfield a week earlier, with Alizee behind him.

Further endorsement of The Everest by Godolphin is demonstrated by the suggestion that it’s champion European two-year-old of last season, Pinatubo, could be considered for the royal blue slot.

“There’s plenty of water to flow under the bridge before we make selections, but the stable has several possible contenders from Bivouac, to Pinatubo, to last year’s third placegetter Trekking,” Cox said. 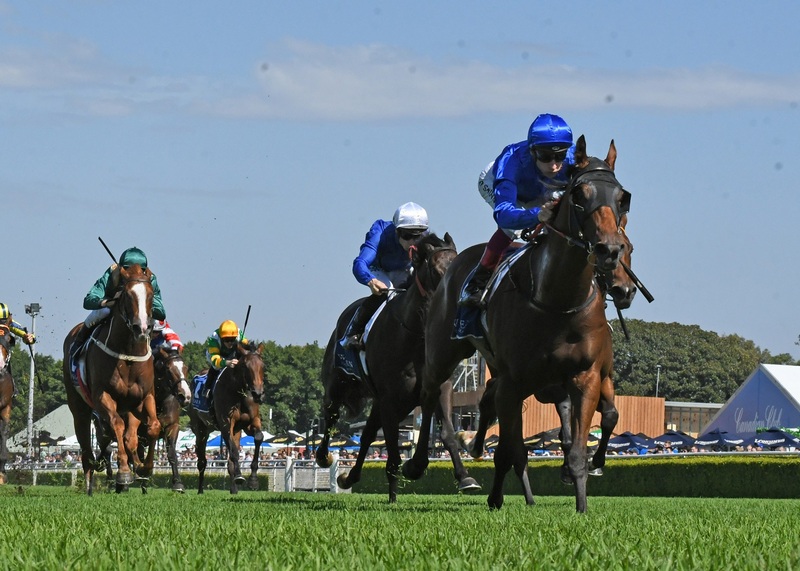