Peter Gelagotis is eyeing more elite-level success, and Jordan Childs another Blue Diamond, after Miss Roseiano (by Exceed And Excel) announced herself a bona fide contender for the Group 1 decider with victory in Wednesday’s Fillies Preview at Caulfield.

Gelagotis has enjoyed Group 1 success with Mourinho and Levendi and his brother Manny, who acts as racing manager, suspects another is within their grasp given what Miss Roseiano was able to do in 35dg heat off a preparation that only included one trial. 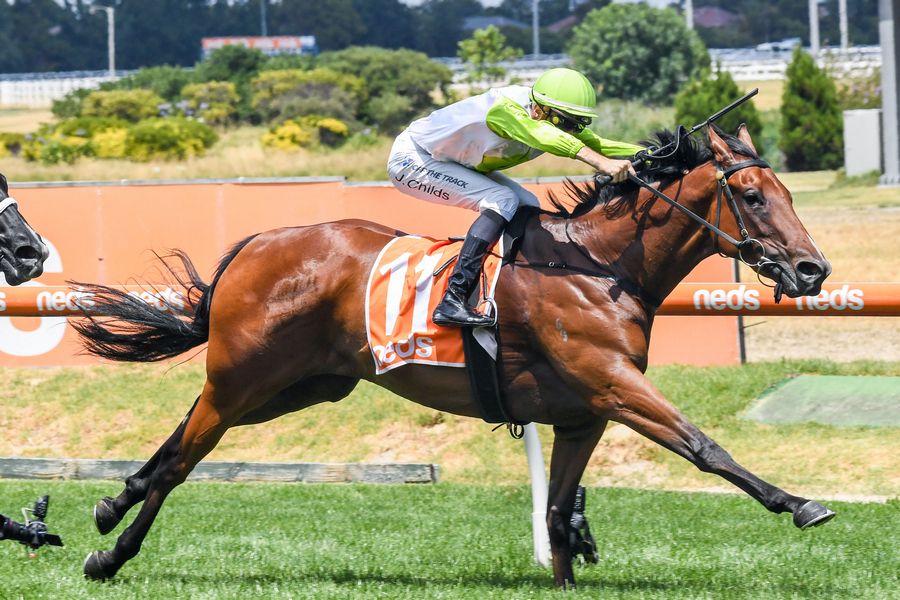 “We’ve had a lot of good horses, but this is one out of the box,” Manny said. “To see what she did, to that opposition, on a day like today on her preparation so far, it’s exciting to be a part of another good horse.”

The daughter of Exceed And Excel was able to lead from barrier nine and while others were finding trouble in the straight, she kept finding under the urgings of Childs, who scored a breakout win in the 2018 Blue Diamond aboard Written By.

“When she sensed them getting closer, she felt like she was going to hold them off, so it was good for a horse having her first start,” Childs said.

Miss Roseiano’s time of 57.18 seconds was 0.57secs faster than Daumier’s win in the colts and gelding’s division and she now occupies a place on the $10 third line in TAB’s Blue Diamond market, which is headed by Jacquinot at $5.

Runner-up Written Swoosh ($12) was the most obvious hard-luck story, unable to find clear running until inside the 200m. The daughter of Written Tycoon still peeled off an 11.31secs final furlong to get within half-a-length of the winner, who started $14 after opening $10.

Latizia (by Capitalist), the $4 favourite, stuck on well for third after travelling wide early, just in advance of blueblood filly Waltz On By ($9.50).