It may be difficult to predict the winner of Saturday’s reinvigorated $400,000 Listed Andrew Ramsden Stakes, but there is one element of the crucial staying test that seems a certainty.

Being the most recent winners of the Listed VRC St Leger Stakes – which is run over the Ramsden’s new distance of 2800 metres – front-running stablemates Transact and Runaway are more than likely to be in the quinella when the field thunders to the post for the first time.

"That’s down to Gai (Waterhouse) and the way she trains them," said Runaway’s jockey Stephen Baster after final acceptances were taken on Wednesday.

"She likes to have them fit and to bowl along. With my bloke I don’t think there is anything else you can do with him. Every time we’ve ridden him quiet, he doesn’t finish off.

"He’s a little bit one dimensional, but in saying that, he’s still quite good when he is doing that."

Runaway, who is a year older than the three-year-old Transact, comes into the race with an interesting season behind him.

After his three-year-old year, where he won the St Leger and was placed third in the G1 SA Derby (2500m), he landed a plunge last spring when he led throughout to win the G3 Geelong Cup (2400m), which gave him a berth in the G1 Melbourne Cup.

Runaway led the field out of the straight in the Melbourne Cup but found the 3200-metres beyond him and faded to finish 19th. He’s since had a spell and come back for two races and a hurdle trial at Cranbourne earlier this month to prepare him for Saturday’s staying test.

Baster, for one, expects the horse to be ready on Saturday.

"His prep has been really good. I haven’t ridden him race day (this campaign) but I’ve done a fair bit of work on him.

"He had a hurdle trial to sharpen him up a bit – something different, which Gai likes to do – and I galloped him on Monday morning and he’s going really nicely."

Baster said a golden ticket into the Melbourne Cup nearly six months out from the race would be a blessing for the owners of Runaway after last year’s struggle to make the final line-up when he was one of the last horses into the field.

He said he also fancied the horse’s chances of being more competitive in the Melbourne Cup in 2019 if he can gain a start.

"Last year, I don’t think he was quite seasoned enough. I think he struggled at the two miles last time in but he seems to be a bit stronger this time in so it would be lovely if we could be in that position." 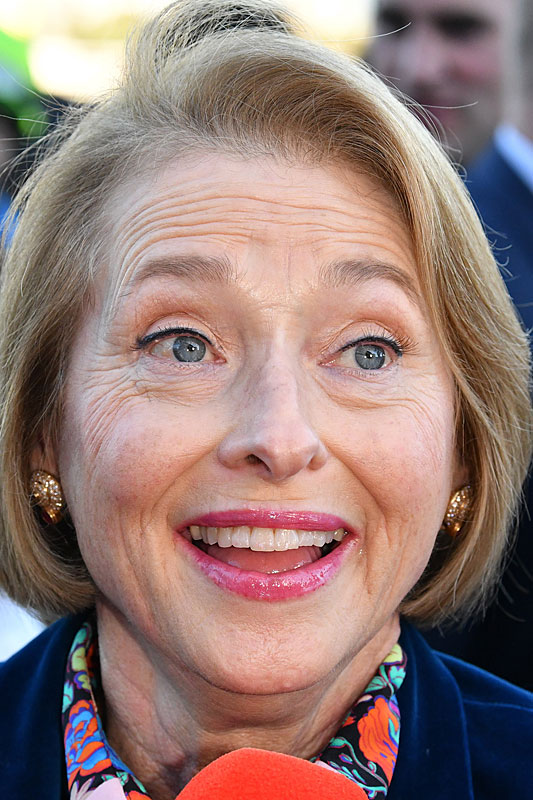