Reliable first-up performer Dream Circle will kick off his latest campaign for David Payne at Randwick, but whether a couple of stablemates join him will depend on scratchings.

The five-year-old resumes in Saturday’s Bowermans Handicap (1200m) having not raced since finishing fourth to Shelby Sixtysix at Group 3 level in March, a tidy form reference for winter benchmark racing. 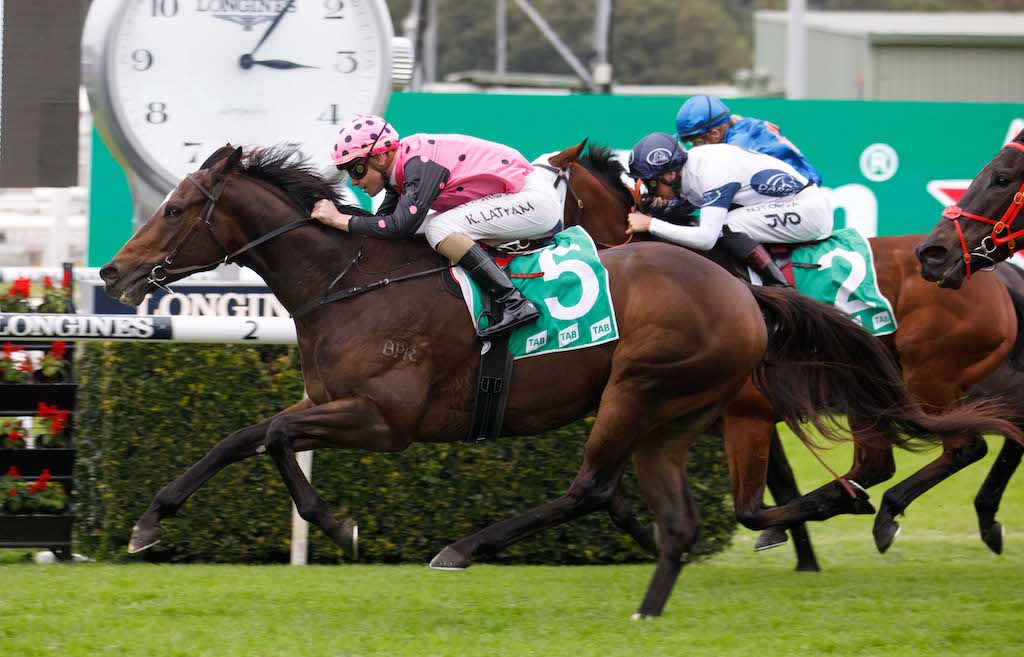 Dream Circle has a solid first-up record and a good strike-rate on Soft tracks, picture sportpix.com.au

Dream Circle has had muscular issues in the past, but Payne is confident he has got on top of those and says the anticipated heavy conditions will be no problem.

“He had a few issues, but we have worked through them and he’s fine now. It was just his muscles, he’s getting older,” Payne said.

“He’s going in nice and fresh. We thought we would start him off there rather than trialling him. We will see how he steps up and then decide where we head.”

Tympanist will be looking for his second win of the preparation in the Midway Handicap (1600m) in which stablemate Monfelicity is first emergency.

The latter bumped into some smart rivals at her previous campaign, finishing runner-up to subsequent ATC Australian Oaks placegetter Gin Martini at Newcastle in February and filling the same position two starts later behind Sea Treasures, who was fifth in Hitotsu’s Australian Derby. Payne is hopeful she can measure up to better races as she is stepped up in journey.

“She is really a 2000-metre plus horse, but she’s got a future,” he said. “If you look at the form around her, some of the horses who beat her have run placings in the Oaks and races like that. And I think she is a much better filly now than then.”

Payne will also saddle up Bazooka in the Chandon Handicap (2000m), while he is hoping progressive filly Wonderwomen can gain a start in the Schweppes Handicap (1100m).

Currently a reserve, Wonderwomen has won her past two starts at the provincials and Payne is keen to see how she measures up in Saturday grade.