Open Minded (NZ) might have earned himself a throw at the Group 1 stumps after continuing his career progression with a maiden Stakes win at Caulfield on Wednesday. The Anthony and Sam Freedman-trained gelding cashed in on a brilliant Damien Thornton ride to score an all-the-way win in the $160,000, Listed, John Dillon Stakes (1400m).

It was the son of Jimmy Choux’s ninth win from 18 starts and fourth in as many starts at Caulfield, which Sam Freedman said may warrant a crack at the Group 1 C.F. Orr Stakes (1400m) at the same track on February 12.

“He’s a horse that has gone to a new level. Today was his biggest test, but he’s a race-fit horse and he’s passed that test,” Sam Freedman said.

“His rating is going to go up again. Really, the 1400 [metres] at Caulfield suits. A race like the Orr Stakes or something like that. I’m not sure if he’s up to them, but we’ll get him home and work it out.”

After being well-rated by Thornton in the middle stages, Open Minded ($4.80) kicked clear in the first half of the straight before holding on to score from $1.95 favourite Lighthouse (USA) in a time of 1:22.33, which clipped 0.16secs off Morvada’s class record and was just over one second outside Exceed And Excel’s 1:21.20 track record.

The margin between first and second was half-a-length, with the same distance between Lighthouse (USA) and third placegetter Excelida ($13).

“He can quicken off a good speed and that’s where Caulfield suits him so well,” Thornton said. “He can kick off that bend and they can’t catch him.”

The victory completed a Stakes-grade double for the Freedmans, who won the Listed Blue Diamond Colts & Geldings Preview with Daumier, who was ridden by Damian Lane. 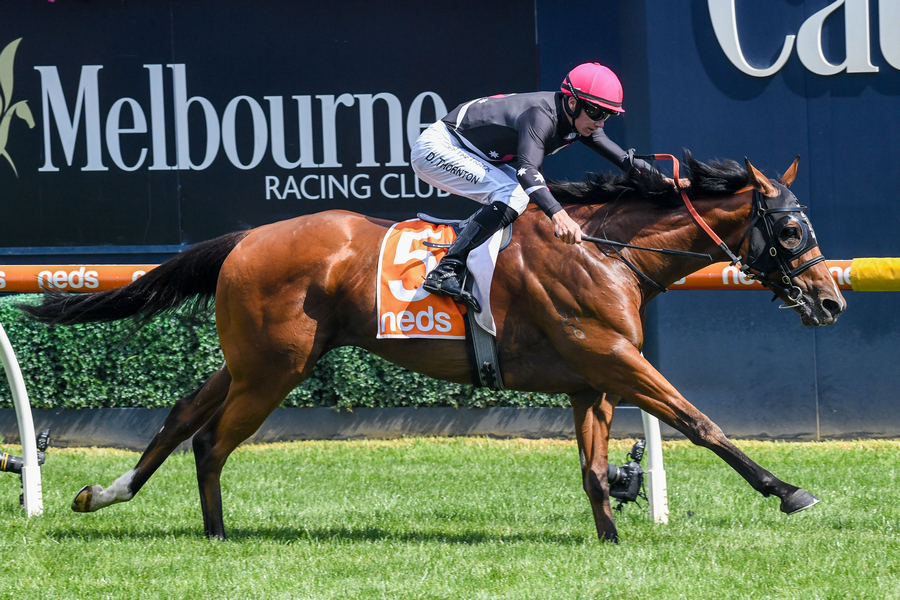