Anthony and Sam Freedman’s Blue Diamond Stakes prospects underwent a shuffle up following Wednesday’s first Preview with one colt thrusting himself firmly into contention and another appearing at the crossroads.

Daumier (by Epaulette) rocketed up betting charts with an impressive win in the $200,000 Listed colts and geldings’ division, while Philosopher (by Zoustar) was a notable drifter after weakening into third position.

Splitting the pair was Peter Moody’s Frankel colt Rampant Lion ($3.70), who finished half-a-length astern of $5.50 chance Daumier and one length in front of Philosopher, who jumped the $1.90 favourite.

Daumier, a son of Epaulette and the Steet Cry mare Illustrate, who is named after the French painter Honore Daumier, charged onto the $8 second line in TAB’s Blue Diamond market.

After jumping well, Daumier settled outside Philosopher, who showed his customary early pace to lead, but it was apparent before the halfway point of the straight the Godolphin colt had his stablemate’s measure before then being forced to stave off a challenge from Rampant Lion. 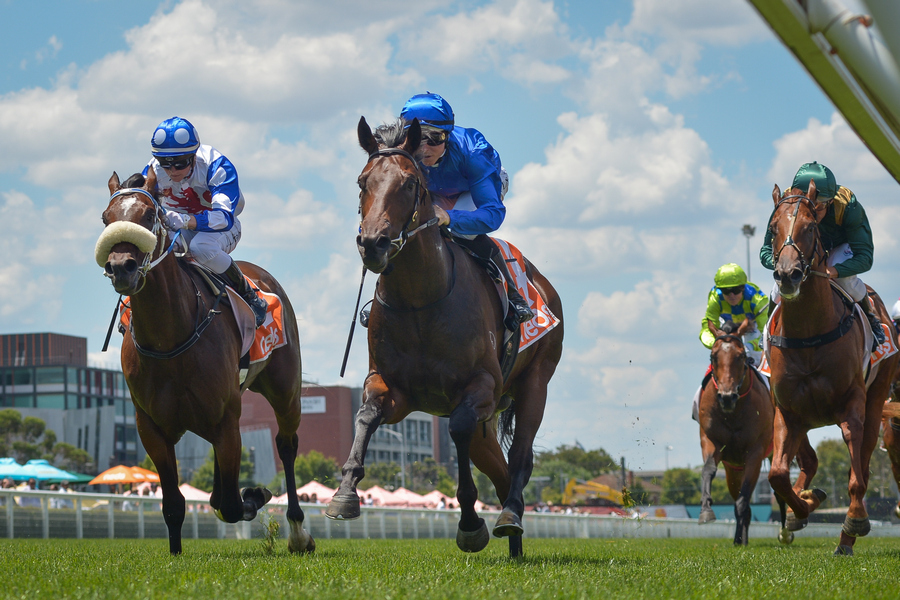 “He began a little bit better than we thought and we didn’t have much of a plan going into it, but he put up a really good performance,” Sam Freedman said. “He was challenged from all sides and showed really good fight in the last 100 [metres] and showed the 1100 and 1200 will be right in his wheelhouse.”

Damian Lane took the winning ride and said Daumier had taken notable improvement from his initial preparation, which didn’t feature a trip to the races, to now.

“He was really field shy in his first preparation and he’s improved a lot in his second, and improved again into today,” Lane said. “He took it all in his stride behind the barriers, remained really calm and is one of those horses that is doing everything right at the right time, and should progress again.”

Philosopher drifted from $11 to $26 in Diamond betting, but Freedman is not giving up hope on him as a chance in the Group 1 decider on February 26. “He’s only been beaten a length, so he’s not far off and you would think this is a very good form reference going forward,” he said. “The first three across the line look like quality colts.”