Frankie Pinot has earned himself a well-earned break after coming from the tail of the field to score an overdue win at Pakenham. The Tony and Calvin McEvoy-trained gelding did it the hard way in coming from last on the hometurn to claim the 9Mile Fresh Handicap (1600m) on Saturday.

Sent off the $2.05 favourite under Madison Lloyd, Frankie Pinot got up in the last stride to claim the leader Holbien ($14) by a half-head, with Hi Stranger ($5.50) a length away third.

Calvin McEvoy admitted it was a difficult race to watch seeing Frankie Pinot in last place before the turn and struggling to keep in touch.

“I don’t want to watch that again,” McEvoy said. “He always jumps average, but I didn’t think he’d be that far off them.

“Terrific job by John and Ann McDonnell who own and bred this horse. They’ve been very patient and I’m sure they’ll be having a great day.”

McEvoy said Frankie Pinot had spent time on the sidelines as a younger horse, but had come back this campaign proving to be a consistent galloper.

“We’ll probably back off him now as he’s been up a long time now,” McEvoy said. “It’s a great thank you to the team at home. They’ve done a great job with him, they’ve been working very hard and presented him well today.”

After being slow into stride and struggling to stay in touch early, Lloyd said it was a stressful ride.

“He jumped with them but the rest of the field, they went flat out and he couldn’t keep up with them. But I couldn’t believe when I gave him a squeeze at the corner he let down like a good horse.” 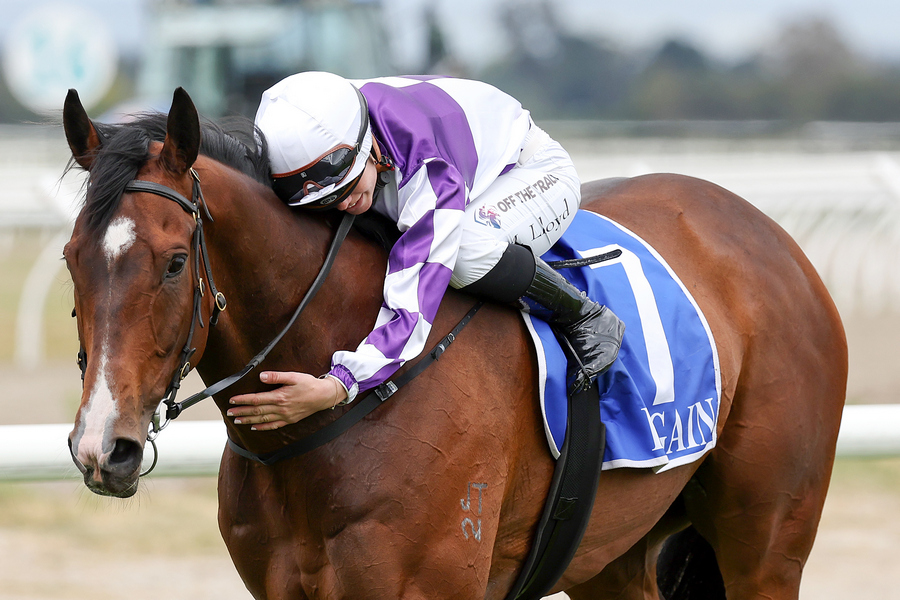