Dettori is the first jockey to win the award in back-to-back years, after also winning in 2018. He first took the title in 2015. With a total of 102 points, Dettori bested Zac Purton (88 points) and Hugh Bowman (86 points).

He was presented with a Longines timepiece as well as a crystal vase by Walter von Känel, President of Longines, and Louis Romanet, Chairman of the International Federation of Horseracing Authorities (IFHA).

Dettori continues to build upon his legacy and has added a third Longines World’s Best Jockey title to his list of accomplishments after his remarkable 2019 racing season.

Dettori is the first jockey to win the award in back-to-back years, after also winning in 2018. He is also the only three-time winner of the Longines World’s Best Jockey award, having previously won in 2015.

“It has been an amazing few years,” said Dettori. “There is pressure, but I love what I do, and I get to ride some remarkable horses. Enable especially has meant so much to me. Thank you to Longines and the IFHA for honouring such a memorable season for me.”

The scoring process rewards jockeys for finishing in the top three, giving Dettori a total of 102 points on the year.  Second place went to Zac Purton, who is based in Hong Kong and finished with 88 points, while Australia’s Hugh Bowman was third with 86 points.

Bowman was the 2017 Longines World’s Best Jockey. The award, which was established in 2014, has also been won twice by Ryan Moore, who claimed the title in its inaugural year as well as in 2016.

The awarding of the Longines World’s Best Jockey is based upon performances in the 100 highest-rated Group 1 and Grade 1 races as established for the year by the Longines World’s Best Racehorse Rankings Committee. The scoring incorporates races from 1 December of the previous year until 30 November of the current year.  Jockeys accrue 12 points for a win, 6 points for placing second, and 4 points for placing third. The full and final standings can be found at www.ifhaonline.org. 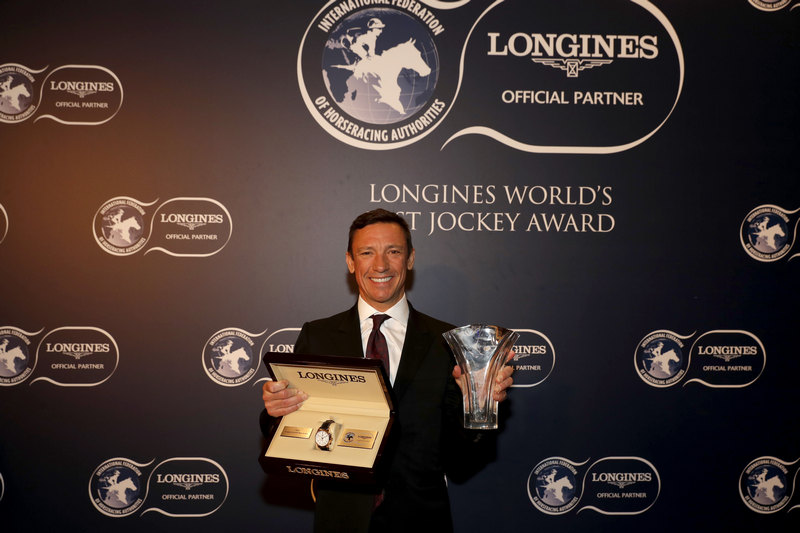