Caspar Fownes has one win to his name so far this season but the handler has had his string in good enough form to have delivered more, as a place strike rate of 38% attests.

With seven second placings and three thirds to go with that sole score from 29 runners, the handler’s Winning Delight would be a welcome follow-up winner at Sha Tin this Saturday (21 September).

Fownes was beaming back in July when the Australian import landed a Hong Kong debut success at long odds. That was over 1400m and the Sebring gelding will stretch out to a mile for his return.

“At 50/1 he was over the odds, for me,” Fownes said of the bay’s one previous race under his care. “It’s always a pleasant surprise when any horse wins first-up in Hong Kong, especially for PPs (Private Purchases - horses already raced before import) coming in rated higher than they should be - history tells you that.

“That was 1400 metres and now we go to a mile,” he continued, “he’s drawn badly (12) so he’ll go back and hopefully he’ll just be hitting the line strongly. He’s fine, he looks a treat, very healthy, so hopefully he’ll give us a big run. He’s got a big weight to carry but he looks like a horse with a bit of a future.”

The four-year-old will shoulder top-weight of 133lb, having risen five points in the ratings for his step-out win. Zac Purton takes the ride, he and Fownes having paired up 834 times for 137 wins all told.

“It was an easy trial today for Southern Legend; we just brought him to Happy Valley to have a day out. He’ll have his first run on 1 October over 1400 metres and then three weeks later on the 20th he’ll go to the mile where he’ll start to get more competitive,” he said.

And the handler, whose overseas exploits also include wins with past stable stars Lucky Nine and Green Birdie, is keen to travel both Southern Legend and G1-placed stayer Rise High later this season.

“I love to travel my horses,” he said. “Even Rise High, we’ll be concentrating on our big races in December this year and he’s a serious horse. If he shows me what I think he’ll show me, I’d love to travel next year. I’ll certainly be speaking to the owners on that and seeing what they want to do.”

Fownes is hoping for a positive outcome soon to the current restrictions on Hong Kong horses traveling to Australia, with big purses there and in Dubai on his radar for Southern Legend.

“I’d love Australia to open up for us, to look at going for a mile down in Sydney or wherever. I hope that will change and I’m pretty confident that the government departments will get there and it will be sorted, and then we can seriously look at programming horses when there looks to be a bit of a gap in Hong Kong,” he said.

“Southern Legend was off when he raced in Dubai in March, that’s for sure, so you’d forgive that. Luckily, he picked up a cheque to pay his way but I wouldn't let one disappointing run on an overseas campaign stop me (going back), that’s for sure. He proved that he could still travel, come back and go out and win the Singapore race six weeks later. That’s what we’ll be looking at.” 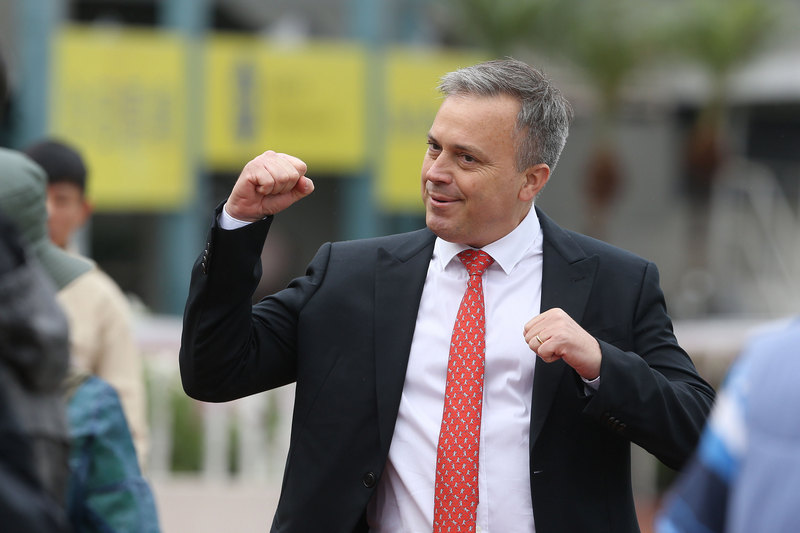 Harmony Victory wrapped up his first Hong Kong campaign with a Class 1 score at a mile on the final day of last season and returns at that distance under top-weight in the Class 2 Pok Oi Centenary Cup Handicap.

“He was carrying a light weight last time and now he’s carrying top-weight, so it will be a bit difficult, I think,” a circumspect Danny Shum said.

The South American arrived last year as a BMW Hong Kong Derby (2000m) candidate and was not disgraced when eighth in that race, having finished fifth and sixth in the preceding two legs of the Four-Year-Old Classic Series.

The five-year-old won G1 races in Brazil at 1600m and 2000m and Shum expects his charge to follow that pattern in Hong Kong, albeit perhaps in lesser company.

Grant van Niekerk was in the plate for Harmony Victory’s latest win and is back on top against eight rivals. The field includes one-time G1 galloper Joyful Trinity, as well as bottom-weight Star Performance, who scored on his local debut at the end of last term.

“It’s not a big field, which is good for Harmony Victory, and a good pace will help him - if it’s slow, that’s no good. But although he’s a good-sized horse, 133lb will be difficult,” Shum added.

Keith Yeung has two wins on the board this term and one of those came aboard the smart prospect Ka Ying Master (121lb). Trainer Benno Yung’s charge will this weekend attempt to take his career record to three wins from as many starts.

The Snitzel colt edged home on debut in June and followed up with a neck win over Dancing Fighter on 1 September. Both of those scores came in Class 4 over the Sha Tin straight 1000m track and the bay will shoot for a hat-trick of straight dash wins in Saturday’s Class 3 Nam Sang Wai Handicap (1000m).

“He’s a lovely horse, he’s honest, he tries hard and he has a lot of speed,” Yeung said. “His last run, he still wasn’t fully fit and he’s definitely improved from that. He has better fitness and has improved from last season too, so I think he will handle Class 3 fine.”

Ka Ying Master is listed on the Jockey Club’s “Roarers” database but Yeung does not see that as a problem for his mount at the moment.

“At track work you can hear he’s a roarer in the morning, but racing at 1000 metres doesn't seem to affect him, the problem doesn't bother him that much,” he said.

And the Australian-bred being an entire has not caused any issues either.

“He’s a lovely horse to ride, even though he’s a colt, he doesn’t play around, he concentrates on what he’s doing and he’s quiet.  I’ve been working with him since he first came to Hong Kong and he has always had the best attitude,” Yeung added. 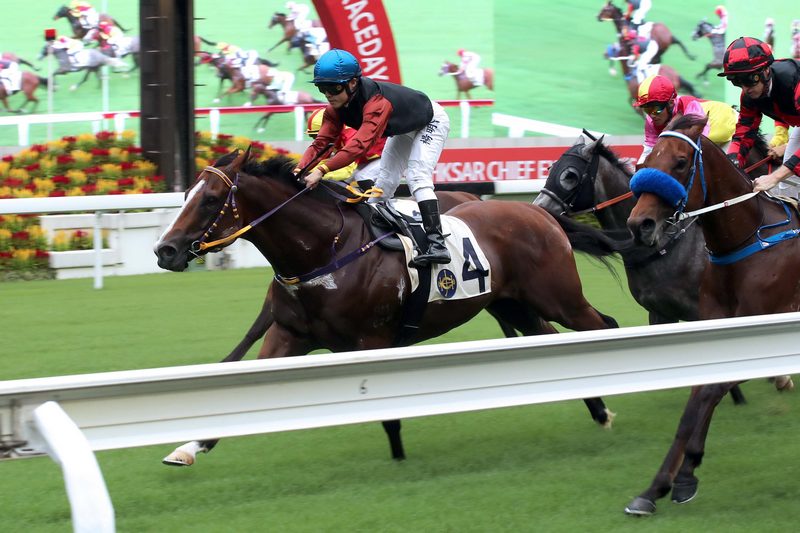