Dice Roll is unbeaten in three starts in Australia since arriving from Hong Kong and Ryan will now chase back-to-back victories in the VRC/CRV Winter Championship Series Final with the French-bred galloper having won the race last year with Sircconi.

Sent out the $2.15 favourite under Fred Kersley, Dice Roll scored a three-quarter length win from Rubisaki ($4.80), with Odeon ($7) a neck away third.

Toby Lake, deputising for Ryan, said the stable was looking forward to seeing Dice Roll back in action in the Winter Championship (1600m) on July 3.

“Gee I reckon they’ll be flat out beating him in two weeks,” Lake said.

“He’ll eat up the mile. I know he had the run of the race but he powered to the line.”

Saturday’s outing was Dice Roll’s first since winning at Sandown in early May, which followed his Australian debut win at Caulfield on April 17.

“After his second run we were mindful of not wanting to run in the Winter Championship with 60 kilos,” Lake said.

“His rating was going to be high enough to get into the race, so we opted to tip him out, [then] give him the one run two weeks before.”

For Kersley it was his second win aboard Dice Roll and he will again be hoping the gelding gets a lightweight in the Winter Championship.

“I just hope he continues to get light weights to make it easier for me to stick on,” Kersley said.

“All credit to Rhys [McLeod] first-up, and he and Nick do a lot of work on the horse, so it is just good to see him come here and win again.” 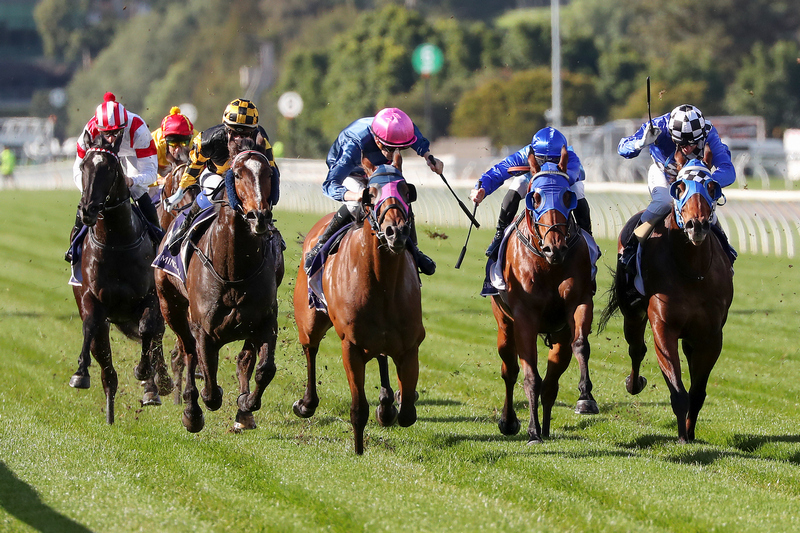