It took the final stride to achieve the win however Godolphin’s three-year-old Shoot To Win filly Taileur under Jason Collett made it for her second win from just two starts and a progressive step up from the first at Gosford back in January when claiming the $125,000, Grunt Standing At Yulong Bm70 Handicap (1100m) at Randwick on Saturday.

The win was agonising for Brad Widdup’s Switched with Tim Clark so nearly pulling off a front running ride. Coming off the rise Clark put the foot down and Switched (58.5kg) was 2L clear at the 300m. The move looked to be a winning one until Collett had Taileur (54.5kg) out from running in fourth and the chase down started.

Taileur made every bit of use of her weight advantage and she closed stride by stride. Just as it appeared that the line would come too quickly she made it with the nose the margin in a strong and determined effort.

These two left the rest behind with Mr Polar (Polarmore) (carried 53.5kg) and apprentice Brock Ryan 5L back.

Switched (All Too Hard) has now been placed in her last five starts and she has only missed a place, for a fifth, in her 11 start race career. 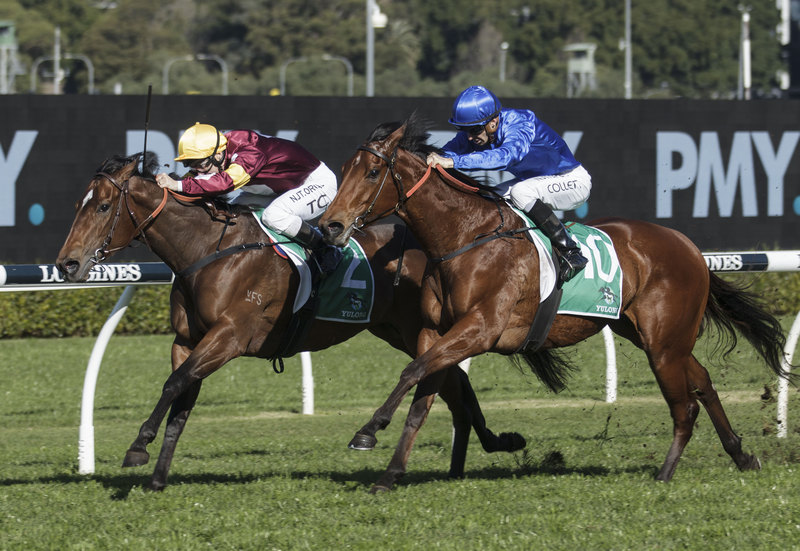 Taileur and Jason Collett loom up at Switched and Tim Clark on the inside, picture Sportpix.com.au

"When she pinged the lids like she did and Jase was confident enough just to take hold I thought, he is giving a length and a half away and he is got to make that up on this ground chasing a filly that's hard fit and we were unknown on the track," said Darren Beadman for the stable.

"She answered a lot of questions today. There were a lot of unchartered waters there she had to attack. She really dug deep the last 50 and it was a great, determined win.

"It is winter for and you never like to get ahead of yourself too much.

"But our team, they do a marvellous job in placing them. The team at Osborne Park have really brought her along nicely and with kid gloves.

"She was ready to go, she was fit. She is a very athletic filly but that is encouraging with bigger races in store down the track," he said.

"She was probably doing it a lot easier at the furlong(200m), when I got to the 100 I thought, this is going to be a bit tight," Collett said.

"That is class. The second horse had the hard-fitness on us and made sure she skipped away at the top of the straight and left us so it was a good effort.

"She is a lovely filly. That day she trialled on a far better surface and she had a turn of foot which was brilliant. Today, this is a harder test and credit to James, she was first up on one of the heaviest tracks you will face off what was probably a soft trial too. Very good effort," he said.

Taileur, well named being out of the Commands mare Clothing, has now earned stakes of $102,865. 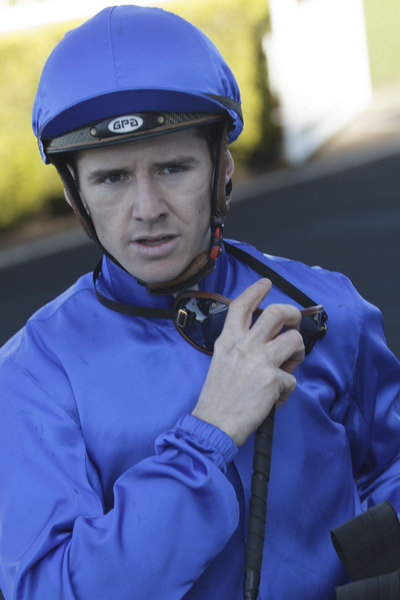 A winning double at Randwick for Jason Collett with Taileur and High Opinion, picture Sportpix.com.au