Fillies the rage for Guineas

Colleague Brad Bishop’s History Says , published on Thursday, reminds us of the difficulty of translating that into winning on the day. Bishop wrote that ‘from its inception in 1957 until 1967 the Guineas was for fillies only but has since been open to the boys and hasn't been particularly kind to the girls with Cayambe, in 2005, the most recent of the eight fillies to win since 1968’.

That is a 14 year drought that Brazen Beau filly Pretty Brazen and Toronado filly Affair To Remember have to break.

There is a drought of a different kind in the field as well, success at black type level with only the Danny O’Brien trained Written Tycoon colt Banquo fitting the profile here after his good win in the listed Hilton Stakes over 1400m at Flemington last Saturday.

Banquo stepped up well from his win prior to Flemington, again over 1400m, at Sale on October 27th. There is progression here that lifts the colt above his rivals if he can back up from Saturday.

The two veteran jockeys had a Melbourne Cup Carnival to remember with Oliver winning the Victoria Derby with Warning, the Oaks with Miami Bound (NZ) and breaking the record for the most wins ever by a jockey over the Flemington week.

Williams won the Melbourne Cup for the first time, remarkably, with O’Brien’s Vow And Declare in a picture perfect ride and then headed on his magical carpet to Singapore to win the Singapore Gold Cup on Sunday with Mr Clint (NZ). Back on terra firma in Australia barrier 13 should not present a problem for Williams and he will be sure to have a plan. 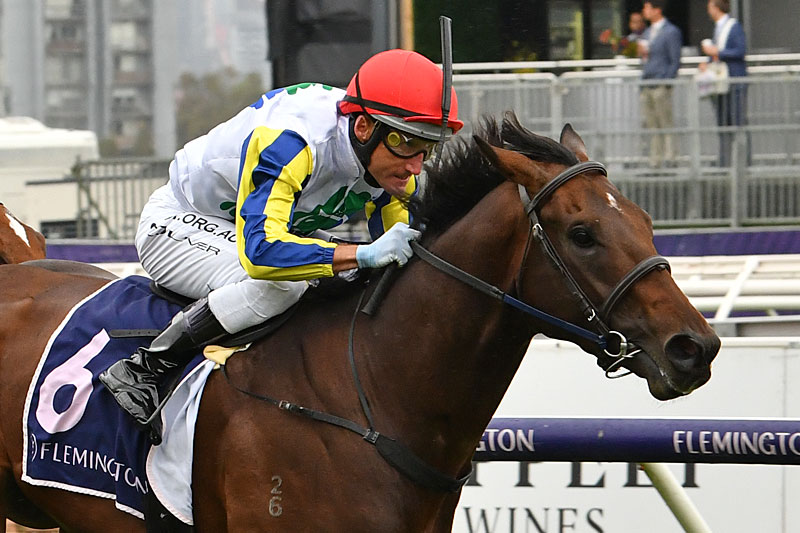 The Group 3 Carbine Club over 1600m at Flemington on Derby Day is always a guide into the Sandown Guineas with Bishop commenting; ‘The Carbine Club Stakes is revered as the prime lead-up race, with 11 of the past 30 having had their final lead-up run in the 1600-metre G3 on Derby Day, including seven since 2007.’

This leads to the Hayes and Daberbig trained Conqueror, the only runner from this year's Carbine Club in the Guineas. The Fastnet Rock colt was fourth in the Carbine after being 8th at the 400m. Under Oliver the colt made ground on the Heavy track to finish 3 1/2L from Dalasan .

The colt might just be maturing with his dam Diademe being by Savabeel, as he seems to be close but not close enough just yet running at the top level, which might be above Saturday’s class.

A positive for Saturday is that the experienced James Doyle rides with barrier two. Doyle knows Australia well after his stint riding for Godolphin in Sydney and at the top level in the UK. He will ensure Conqueror is well placed and then know exactly what is required of him.