The Waterhouse and Bott trained 2020 Group 1 Golden Slipper winner Farnan will contest the TAB Everest (1200m) at Randwick on October 17th after part-owner Aquis allocated their Everest slot to the Not A Single Doubt colt.

Farnan resumed from his winter break after the Slipper win in March with a fifth in the Group 2 The Run To The Rose over 1200m at Rosehill last Saturday. The run was surrounded in controversy after the colt under Hugh Bowman went very quickly through the early sectionals to lead by up to 4L across the top before folding quickly with 200m to run.

The Robert Heathcore trained Rothfire went past and away to win the race easily and the two three-year-old’s will now meet again in The Everest with Rothfire also guaranteed a start in the rich $15 million invitation sprint.

Bowman was subsequently suspended for 20 weeks by Racing NSW stewards’ for the ride under AR 129 Running and handling where a ‘rider must take all reasonable and permissible measures throughout the race to ensure that the rider’s horse is given full opportunity to win or to obtain the best possible place in the field.’

The suspension, as it currently stands before any appeal outcome, finishes on Everest day allowing Bowman to ride at the meeting.

TAB’s Everest market, as at Friday morning, has Farnan at $15.000, Rothfire $7.00 and the Chris Waller trained Nature Strip the favourite at $3.50. Farnan will not contest the Group 1 Golden Rose (1400m) on the 26th and has been withdrawn from markets 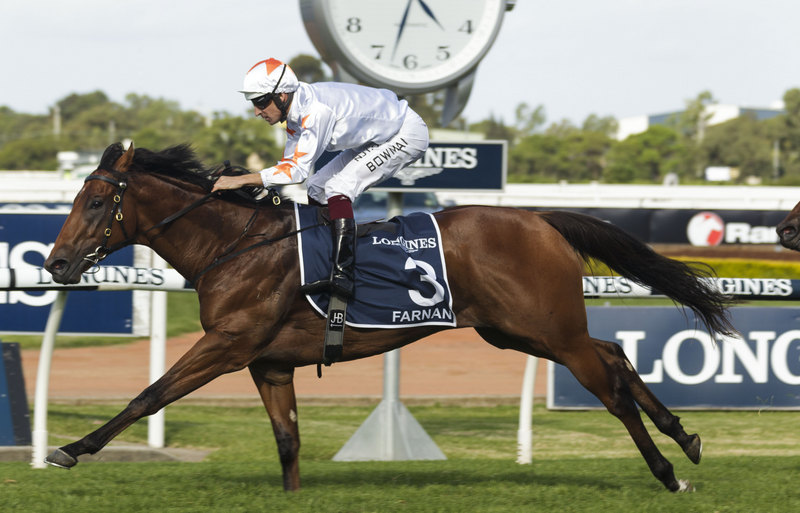