The unmistakable racing livery of Juddmonte Farms featured on the Royal Randwick program in Sydney when Finche (by Frankel) scored a stout staying success in the $160,000, Group 3, The Agency Real Estate Kingston Town Stakes (2000m).

A former member of the Andre Fabre stable in France before a 2018 Melbourne Cup campaign which saw him run an outstanding fourth, Finche is now in the care of Chris Waller for his first full Australian preparation and displayed all of the qualities we’ve so frequently seen from Waller-prepared imports Down Under.

Settled one-off the pacesetting Stampede (by High Chaparral), Finche worked determinedly to cutdown the deficit racing into the final furlong and did best over the final 100 metres of the contest to score running away — albeit at a long distance rate.

After making the running for all but the final 100 metres of the contest, Stampede held on gamely to take second place, ahead of the late charging Carzoff (by Zoffany) in third.

In what should turn out to be a major The Metropolitan trial, a wall of horses finished on over the closing stages behind the three placegetters in a 10-furlong contest run at a very genuine tempo.

Asked his assessment of the performance after the race, winning trainer Chris Waller replied: “He’s a pretty good horse.

“It’s great to be training for Prince Khalid [Abdullah, principal of Juddmonte Farms] along with the team that have bought into him in Australia; great to see the colours of Frankel and Enable win at Royal Randwick.”

Subsequently asked for the horse’s program towards another tilt at the Melbourne Cup, Waller answered: “We’ll have to go home and map out a suitable plan. He’s a very talented horse. We look forward to getting him there.” 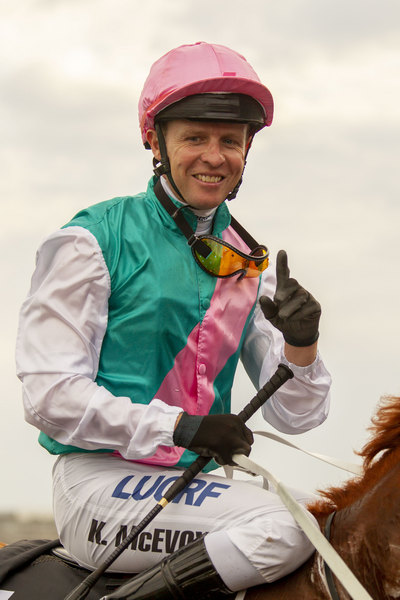 Winning rider Kerrin McEvoy also made reference to the very famous silks he sported to victory.

“Great to have these famous colours here and winning races in Australia,” claimed McEvoy.

“He’s a lovely big horse. He put up a great performance in the Melbourne Cup last year and it was a good first run back.

“Today, second up, he was able to get a nice trail and get out when we wanted to. Chris said just build him up and give him a nice last 600m, which we were able to do. It feels like he will stay all day.”

McEvoy added: “He’s got a big action, that’s for sure, like a big giraffe. But he doesn’t gallop like one. He is a nice, big lad and covers the ground well, and enjoyed the big track today.

“I’m sure Chris is eyeing off the big race in November again and it’s nice to get him winning here. It will be good to see how he can progress from here.”

Official margins of the event proved to be a long-head by a length.

A 6-year-old son of the immortal Frankel, Finche took his earnings to $677,566 from his 12 career starts, four of which have been wins at Deauville, Maisons-Lafitte, Deauville again and Royal Randwick. The gelding also boasts an additional three placings in France (Compiegne and Chantilly) and Australia (Geelong). 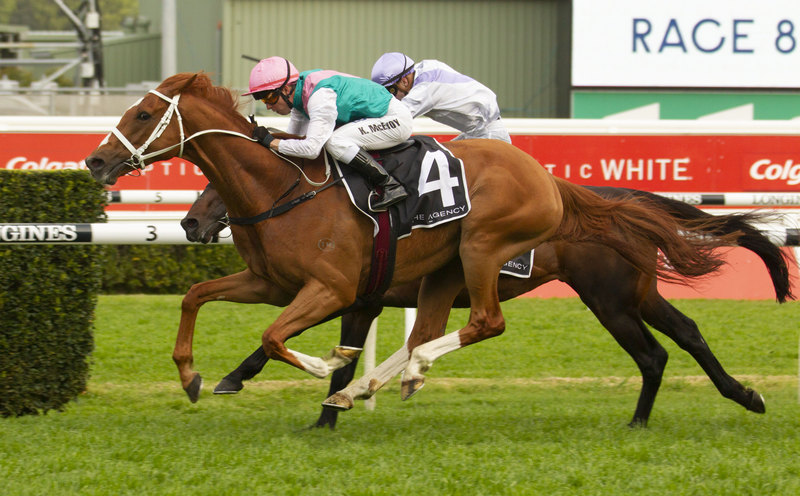 Jay Ford (Shraaoh): “He’s poking along alright, he’ll improve off the back of that. I think his next run third up will give you a better indication of where he is at.”

Josh Parr (Patrick Erin): “He didn’t finish it the competition at all.”

Sam Clipperton (Carzoff): “He’s a model of consistency, he ran his usual honest race. Thought I might have been the winner at the 300m, but the other two just had a little bit of class on him on the day and maybe a bit of fitness as well. He’ll be cherry ripe next time out.”

Mark Zahra (Grey Lion): “He ran super, the horse is back on track, he hit the line well.”

Adam Hyeronimus (Stampede): “It was good that he drew wide as I was able to work across at my own leisure. He had a nice run throughout, he fought hard, but they just got the better of him late.”

Nash Rawiller (Big Duke): “He worked home really well, just found it very tough to get into the race from back where he was. He’s a horse I’d be keeping an eye on for later in this preparation.”

James McDonald (Come Play With Me): “He went great, he was a little on the fresh side. He just hopped at the start, which put him on the backfoot. He got into a nice enough position and he finished off well.”

Glyn Schofield (Haripour): “He held the back of the winner, just failed to find a kick, he was strong to the line still.”

James Innes Jnr (Fabrizio): “The plan was to get cover, but that didn’t work out. In saying that, I thought sitting off the leader Adam [Hyeronimus] set nice tempo and it was comfortable for everyone. The winner and the second horse were inside and in front of him, so he was entitled to finish off better than he did.”

Luke Currie (Maurus): “Out the back and he was a bit disinterested, he was just too far back.”

Glen Boss (Girl Tuesday): “She was outstanding, obviously the draw dictated where we were and ended up a mile out of the race. Her closing sectionals especially her last 600m would have been very good.”

Tommy Berry (Scarlet Dream): “The field sort of got away from me at the corner and I got stuck behind a bit of traffic, but her last 150m was strong, she’s looking for 2400m and is in for a good preparation.”

Brenton Avdulla (Supernova): “He travelled really well, would just have liked to see him do a little bit more late.”

Jason Collett (Doukhan): “I wasn’t happy with the way he felt so I eased him out of it.”