It was hard work but Exultant has never been one to shirk a challenge. The tough kingpin of the Hong Kong stayers’ division proved his preeminence with a gritty second success in the G1 Standard Chartered Champions & Chater Cup (2400m) at Sha Tin on Sunday.

The six-year-old bay dug deep to repel the pressing Chefano and Furore and ensure Tony Cruz a seventh victory in the race as a trainer, all from the last eight renewals.

Cruz rates Exultant the best of a bunch that includes California Memory, Blazing Speed and Pakistan Star, at least when it comes to ability over a mile and a half, a distance contested only three times a season in Hong Kong.

“He’s the better stayer of all of them – he has no speed but he has a great attitude,” Cruz said.

Purton, who took a bang to the head in a stalls incident half an hour before the feature, asserted his view that “there’s no doubt he’s the best stayer I’ve ridden in Hong Kong,” after driving his mount to a length verdict in a time of 2m 26.01s. 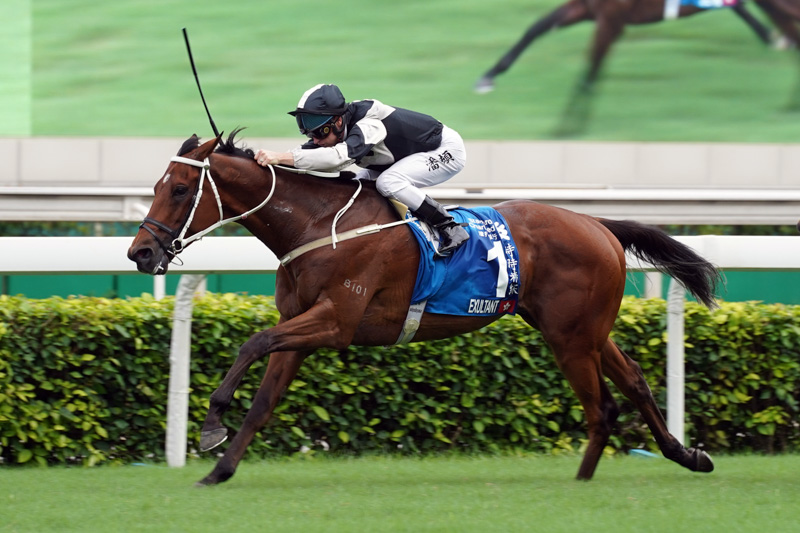 Exultant’s second G1 of the season, hot on the heels of his street-fighting success in last month’s FWD QEII Cup (2000m), pushed him squarely into the reckoning for Hong Kong’s Horse of the Year title, with star four-year-old Golden Sixty likely to be the sole, albeit significant, stumbling block.

“He can't really do any more than he’s done, he’s been great all season, as he has been for the past few seasons,” Purton said. “He does deserve it – everyone wants to talk about Golden Sixty but he only did it in the four-year-old series, he didn’t come out and do it against the older horses and I think it’s important that is taken into consideration. That might be the telling factor.”

Exultant was sent off the 1.5 favourite to repeat his win of 12 months ago but it was never going to be a flashy, win-as-you-like, display.

“It’s never easy in small fields when you're on the favourite,” Purton said. “Everyone goes out there to make your life difficult and they tried to do that again today but fortunately I was on a horse that was able to absorb some pressure and still be able to fight out a finish.”

Stablemate Time Warp set a solid tempo up front and Purton settled one back, slipstreaming, ready to make a determined drive for home at the most opportune moment.

“He was the best horse – just get him up there, let him travel and let him do his job,” Purton said. “I was surprised Furore kept kicking up on the inside, he had every chance just to drop down and give himself an easy run but he wanted to make my life difficult and in turn made his own life difficult – that in turn made Chefano do a little more work and set my fellow alight as well.

“I thought, once again, I was out on my feet at the 200 (metres) but today it was like he was waiting for them a little more, it’s like he’s become more cunning and I could feel, when they were coming, he started to surge underneath.”

Exultant’s win meant that Purton bagged both of the afternoon’s features, having captured the G3 Sha Tin Vase Handicap (1200m) on the John Moore-trained Thanks Forever.

But, despite riding a four-timer, he was unable to shake off his rival Joao Moreira in the jockeys’ title race. The Brazilian matched the Australian’s quartet to ensure the pair ended the day all-square on 123 wins.