Exhilarates showed she had lost none of her ability from last season with a crushing victory in Saturday's Group 3 Beck Probuild Quezette Stakes (1100m) at Caulfield.

Ridden by Kerrin McEvoy, Exhilarates ($7) settled midfield with cover off a strong pace established by Cheer Leader before overrunning his rivals to win by 1.5 lengths.

"She's a racehorse - that's what she is," McEvoy said of Exhilarates, who missed a top-two finish just once from her seven starts when 14th at the end of her juvenile season in the Golden Slipper (1200m) in March, her only run on Heavy ground.

"The race was put on (for her) tempo wise and she came with a nice finish. We got a nice trail with cover and moved into the race when we needed to.

"She showed nice quality as a two-year-old and it's always nice to see them come back and do it at three."

Godolphin claimed both three-year-old features at Caulfield on Saturday, with Bivouac winning the G3 Ladbrokes Vain Stakes (1100m) by 4.25 lengths. 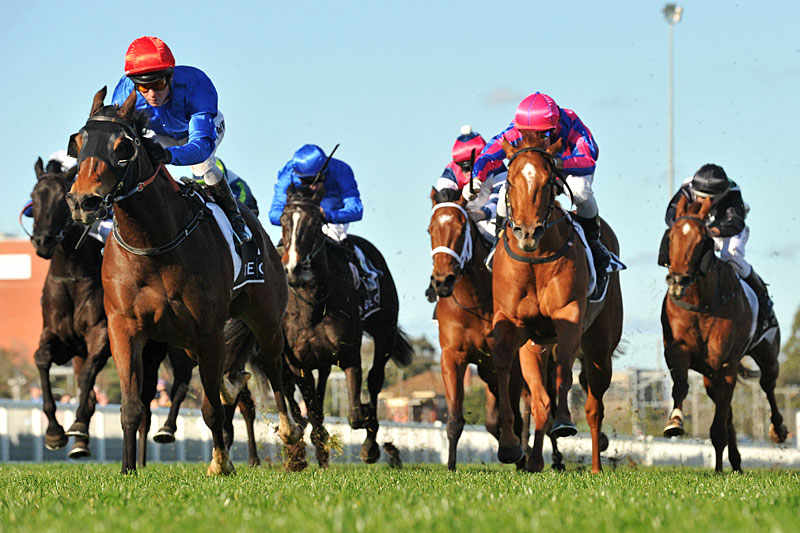