Take Cover, the blink-and-you-miss-him sprinter, could be set for his final appearance in a race he won last year.

The evergreen 11-year-old has had 48 outings, but may not reach the half-century as connections are contemplating bowing out after this £60,000 contest – although his trainer and owner are not quite on the same page over that. 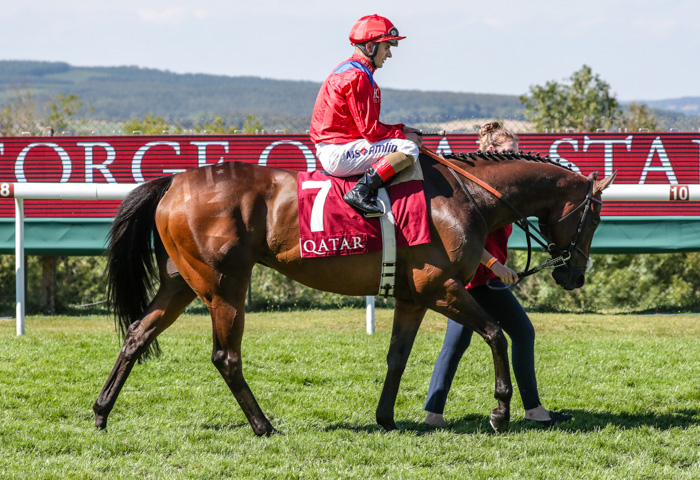 Fran Berry, who won a Listed race at Dundalk on the son of Singspiel three years ago, is back on board, though there is a question mark over whether connections consider the ground suitable for the popular performer to turn out at Newbury.

Griffiths, who is keener on Take Cover carrying on than Hollis, said on Friday: "He looks really well and is in good form so has a chance, but if the ground goes soft we likely won't run him.

"It would definitely be his last run of the year and Andrew is adamant that he'll retire after this. If it does turn out to be his last run, it would be great for him to go out on a high note."

Taking the eye among the opposition is the Charlie Hills-trained Equilateral, who finished down the field when fancied for the Commonwealth Cup at Ascot.

He also failed to fire in the Hackwood Stakes at Newbury, but got back on track in a conditions race at Leicester last week.

"There are a lot of runners and he seems to have come out his race at Leicester well," said Hills.

"I imagine they'll go a hell of a gallop with Take Cover in there and I don't think the easier ground will be too much of a problem."

Sioux Nation was third in the Flying Five and his trainer Aidan O'Brien said: "He ran very well when third at the Curragh on Sunday and seems to have taken the race well.

"Hopefully the ground won't change too much as he wouldn't want it to go soft."

Hit The Bid is another Irish-trained challenger respected following his Flying Five fourth, though the ground will need to be deemed suitable by connections if he is to run.

Darren Bunyan, who trains the four-year-old, said: "He came out of his run in the Flying Five on Sunday in good form. He's travelled over well, but if it comes up soft then he won't run."

The hugely consistent El Astronaute tackles Group company and is partnered with Frankie Dettori for the first time.