Everest trial for The Inferno at The Valley

Former Singapore champ The Inferno could be running for a berth in the $15m, TAB The Everest (1200m) at Randwick on October 16th when he lines up in the $1m, Group 1 Moir Stakes (1000m) at The Valley on Friday night.

Trainer Cliff Brown has fielded a couple of enquiries, nothing definite, about The Inferno obtaining a potential berth in The Everest.

But first, Brown's attention is on Friday night's sprint, the same course and distance The Inferno was successful over when taking out the Group 2 McEwen Stakes on September 4.

"I have had a couple people be in contact, but nothing is booked in," Brown said.

"At the end of the day, if you run well, you might get an invite and if you run badly, you wouldn't want to run anyway."

The Inferno provided Brown with his second winner since returning from Singapore earlier in the year.

After "trainer error" first-up at Caulfield in the Listed Regal Roller Stakes (1200m) on August 14, The Inferno showed his true colours with a brilliant turn of foot in the McEwen Stakes.

But Brown is expecting a much tougher assignment on Friday night.

"He has tightened up, his coat has come, and he has come on for both his runs," Brown said.

"But it is one of those things. I think it would be beautiful if it was 1200 metres, but there are not any that are in the time frame for other races.

"And he probably goes up a level again with what the field is going to be like.

"You would imagine, the one that ran second and third to him, Portland Sky and September Run, with the benefit of a run, they will be improved and then there is the three-year-olds that have a good weight advantage.

"It will be a difficult task."

Brown said the Group 1 Manikato Stakes (1200m) at The Valley on October 22 would be the next logical assignment for The Inferno if he did not earn a spot in The Everest. 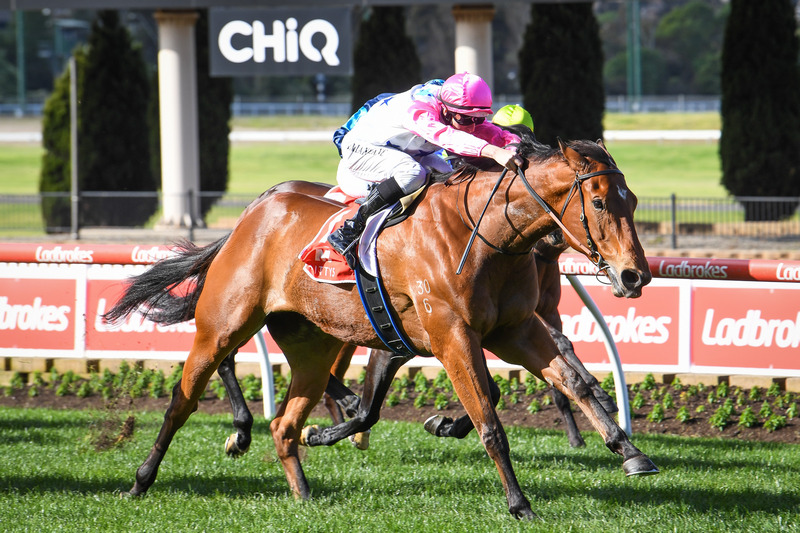