The Jamie Richards trained Entriviere (NZ) the likely favourite for the $2m, The Invitation (1400m) at Randwick on Saturday after being at $2.80 with TAB’s Pre-Noms market. The new race is an invitation race for three-year-old fillies and mares.

The five-year-old Tavistock mare won the Group 2 Sheraco Stakes over 1200 at Kembla Grange on September 11th and followed through placing third to Vangelic in the Golden Pendant over 1400m at Rosehill on September 25th.

Entriviere trialled at Randwick over 1050m on October 8th finishing second to Classique Legend who finished fifth in the TAB Everest over 1200m at Randwick last Saturday.

The Waterhouse and Bott trained Vangelic is also in the invitation field. The Vancouver four-year-old mare was not placed in the Silver Eagle over 1300m at Randwick on the 9th.

Chris Waller’s stable has Nudge after her third in the Group 3 Northwood Plume Stakes over 1200m at Caulfield on the ninth. The five-year-old Fastnet Rock mare, a Group 3 winner, has twice placed at Group 1 level with the latest behind Tofane (NZ) in the Tatts Tiara over 1400m at Eagle Farm in June.

Robert Heathcote has kept his Star Turn filly in Sydney for The Invitation after she was third in the Group 1 Flight Stakes over 1600m at Randwick on the 2nd.

Randwick’s track is rated a Soft 5 on Monday and the rail moves from the True position out to 8mm from the 1000m to the Winning Post and 5m for the remainder of the circuit.

Rain returns to Sydney this week with partly cloudy days forecast through the week with showers. Between 2mm and 8mm is forecast for Tuesday with 23c, 4mm to 8mm for Wednesday with 21c, up to 2mm on Thursday with 23c, a possible shower and 25c Friday and 2mm to 8mm possible with 15c to 24c on Friday. 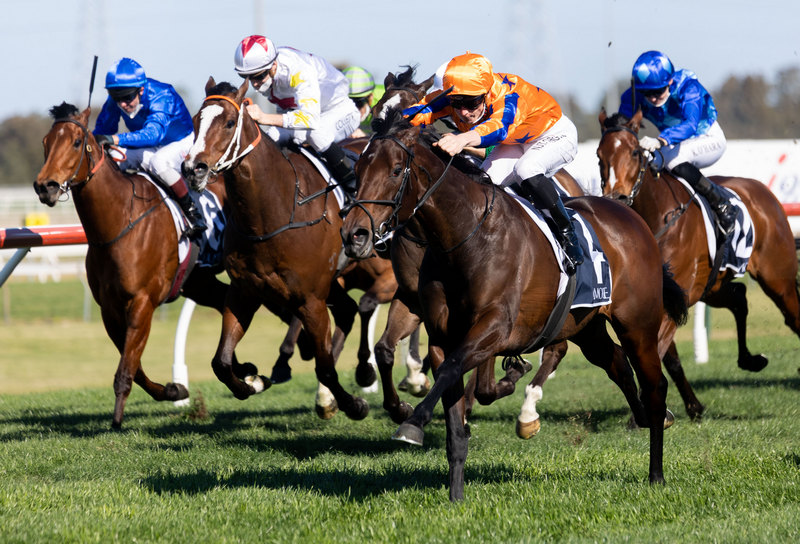