Back in February Probabeel won the Group 1 Surround Stakes over 1400m at Randwick and she subsequently earned two black type seconds in the Group 2 Phar Lap Stakes and the Group 1 Vinery Stud Stakes before the 2400m of the Group 1 ATC Oaks proved a bridge too far.

Trainer Jamie Richards left the Savabeel filly in Sydney and she resumed with a second in  the Group 3 Show County over 1200m at Randwick on August 22nd. Her progression to Saturday’s win was a smooth as McEvoy’s ride.

Probabeel came out smartly from barrier four as Cuba (53kg) and Rachel King led the way in front. McEvoy allowed Probabeel to slide to fourth one out from Brandenburg (NZ) (58.5kg) and Nash Rawiller and then he waited until they were into the turn for the run home before asking the mare to improve.

Cuba and King were out in front with a margin at the 300m, but McEvoy had Probabeel in clear running room outside and it was a matter of time. They loomed up to take the lead at the 200m with Probabeel lengthening well under McEvoy’s instructions that she was to run to the line.

That she did and Cuba (All Too Hard) and King kept second with Brandenburg (Burgundy) and Rawiller third, the margin 1L, with a photo to Dadoozdart (GB) in fourth. 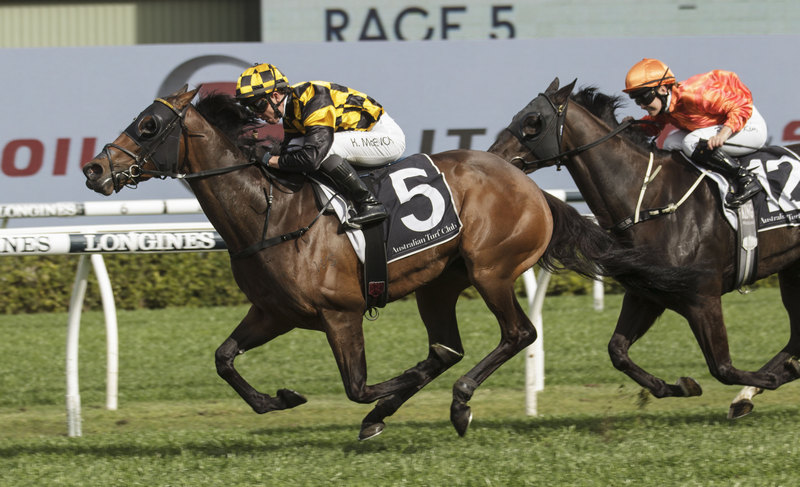 Probabeel (NZ) and Kerrin McEvoy with Cuba and Rachel King inside, picture Sportpix.com.au

With Richards in New Zealand Craig Thornton is representing the stable in Sydney.

“She really does so well. She is a lovely mare all the way through since her 2yo days she has continued on,” said Thornton.

“Kerrin went out there with a positive mind frame and it just worked out.”

Thornton said that Probabeel will now go forward to the Group 1 Epsom Handicap (1600m) back at Randwick on October 3rd.

“It is nice to have her back winning, I have ridden her a bit, more so this time in. I have had five seconds on her, so it is about time we have had a win together. Today looked ideal for her, second up out a little bit in trip, they have done a great job with her over her and Jamie has obviously done a good job from back home,” said McEvoy.

“She is a lovely mare to ride and she will go out to the mile now and prove very hard to beat in the Epsom. She has got a nice weight on her back in the Epsom, they are obviously very competitive, but she goes there with a great chance, she still has a nice improvement to come out of this race today.”

Probabeel, out of the Pins mare Far Fetched, is raced by prominent New Zealand owners and breeders Brendan and Jo Lindsay, the proprietors of Cambridge Stud. This was her seventh win from 17 starts and with six seconds she has earned stakes of $1,783,978. 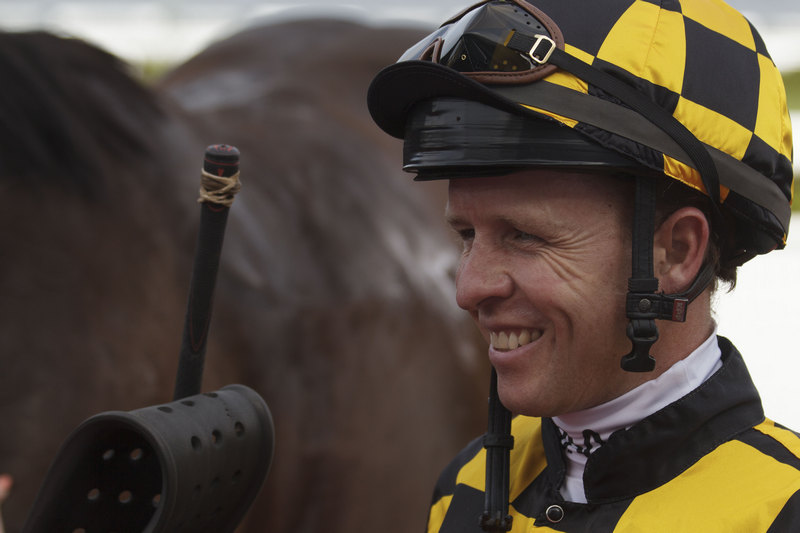 Hugh Bowman (Le Romain): “His best is past him I think.”

Nash Rawiller (Brandenburg): “Just a run. Didn’t let down like I hoped he would.”

Brock Ryan (Glenall): “Travelled super in the run. When I went for him he didn’t let down like I thought he was going to.”

Kathy O’Hara (Kubrick): “Not a bad run. He’s probably a grade below that.”

Tommy Berry (Dadoozdart): “Improved run with the blinkers on. Up in distance next time.”

Rachel King (Cuba): “Really good run first up. He’s probably run into a smart one but he will improve off that.”