Eleven of the best for The Shorts

In a vital race for not just Saturday at Randwick, but also in four weeks times time at the same track, a field of 11 of the countries best sprinters line up for the $500,000, Group 2 Bowermans Office Furniture The Shorts (1100m).

The Shorts field is the prelude to the $14m, The Everest (1200m) on October 19th with the current TAB market favourite for that race, Santa Ana Lane at $5.00, stepping out for the first time of the spring.

The Anthony Freedman trained Santa Ana Lane has not been seen since his Group 1 TJ Smith Stakes victory at Randwick on April 6th. He has trialled twice in preparation with the last for a third over 800m at Cranbourne on September 2nd. Santa Ana Lane has barrier five for Mark Zahra.

Also starting for the first time of their spring campaigns are Osborne Bulls, Classique Legend and In Her Time.

They will meet the two-time winner of The Everest, Redzel, Pierata, Graff and Sunlight, who all raced in the Group 3 Concorde Stakes over 1000m at Randwick on September 7th.

Redzel has the prime barrier of one for Saturday with In Her Time in two, Classique Legend in four, Osborne Bulls in six, Sunlight in seven, Pierata in nine and Graff in 11.

Godolphin’s Osborne Bulls was third in last year’s The Everest after an audacious ride by Tommy Berry taking the Street Cry six-year-old gelding to the very outside of the track and better ground in the Heavy 9 conditions to come from 11th at the 400m.

Osborne Bulls is coming off a run of five second black type placings with the last in the Group 1 Doomben 10,000 over 1200m at Eagle Farm on May 11th.

Four-year-old Classique Legend is the least experienced of the field with four starts for three wins, the last in the Group 2 Arrowfield Stakes over 1200m at Randwick on April 13th. Trainer Les Bridge has sent the Not A Single Doubt gelding out for two impressive trials.

Not only is the field sorting through their Everest fitness levels they will have to run well on a sapping Heavy 9 track that has been soaked with 59mm of rain over the last seven days to Wednesday morning, with further rain throughout the day and into Thursday.

The Shorts is Race 6 at 3.15pm on the nine race programme. 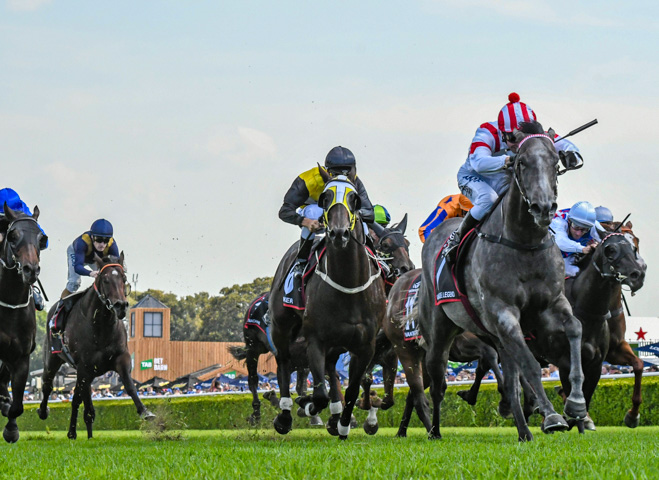