Joe Pride clocked his third $200,000, Group 2 Iron Jack Missile Stakes (1200m) when Eduardo under Nash Rawiller went wire to wire at Rosehill on Saturday and making it two wins in succession for the former Victoria sprinter since his arrival at Pride’s Warwick Farm stables.

With 56kg under the set weights and penalties conditions the seven-year-old Host gelding Eduardo was simply too strong making light work of the Heavy 9 track to record his fifth win and his second at Group 2 level.

Rawiller set Eduardo off at a smart tempo after breaking brilliantly from barrier two and across the top they had a 2L margin over Glenall and apprentice Brock Ryan and that was nearly the margin the held to the line. Eventually Flit (57kg) and James McDonald came out from the five behind to be second with the margin 1 1/2L.

Flit (Medaglia d’Oro) was a long neck ahead of Imaging (GB) (Oasis Dream) (57.5kg) and Tommy Berry in third with Glenall in fourth. Melody Belle (NZ) was last for the trip. 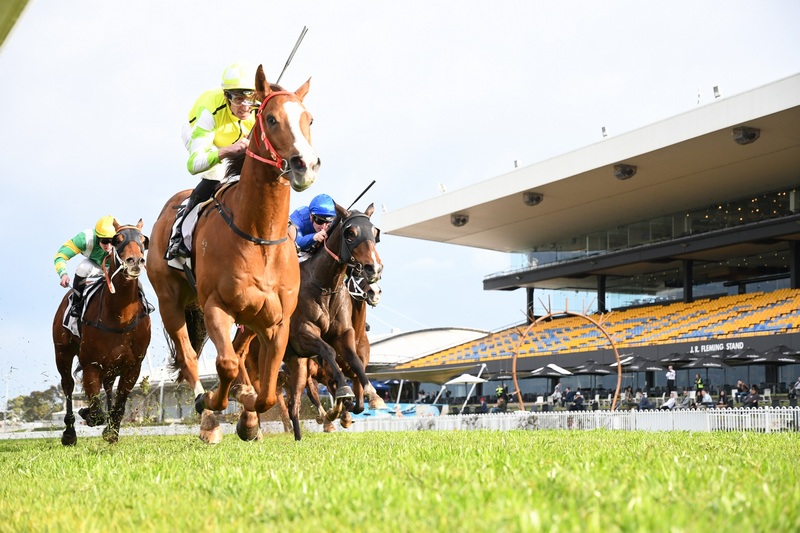 Eduardo and Nash Rawiller concentrating to the line, picture Sportpix.com.au

“He was good, Nash said to me before the race ‘I would rather them come at me at the 100m than having me flying at me on the line’ and that was the way it panned out,” said Pride.

“He had recognised that the horse does have some fight in him and he is a good horse as he is able to make his own luck with his speed and then he has a good kick.

“He is certainly enthusiastic about the while thing isn’t he. He is running along for fun and he has beaten some good horses today and you would have to say he had improved a couple of lengths on what he did the other day,” he said.

Eduardo arrived with Pride after a stable client purchased the horse with original owners staying in the ownership group. First up in Sydney he won the July Sprint over 1100m on July 25th for an instant reward for shifting states and the Missile Stakes franked that. The original owners will be enjoying their decision to remain involved.

Pride, like every trainer of a winning sprinter for the coming weeks, suggested after the win that Eduardo was now worthy of a slot in The Everest.

“He has got a motor,” said Rawiller.

“He showed exceptional speed to get out of the gates today and really got into his comfort zone quickly. He travelled really well and got really lost in the straight stepping around a few times, but when I got stuck into him inside the 100 he really let down well and he was strong right to the line.

“I love his cruising speed, what he did at the gates today that wins races and he still has a little bit to learn so we could tinker with some headgear after today,” he said.

Note - Rawiller was suspended for careless riding from August 16th to September 1st. 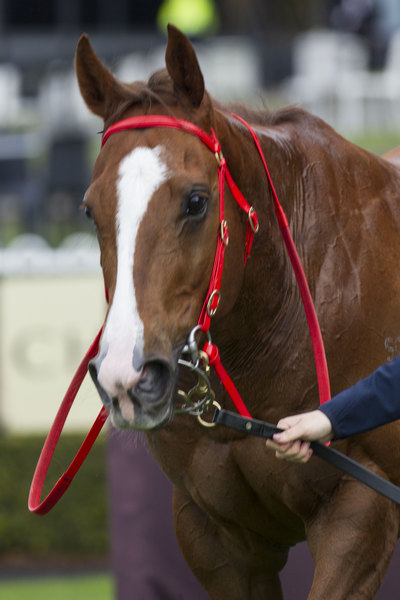