Warwick Farm's Joe Pride has no regrets about not campaigning Eduardo overseas, despite the Royal Ascot heroics of the gelding's arch-rival Nature Strip.

The two elite sprinters have had an incredible rivalry over the past two seasons and while Nature Strip holds a narrow head-to-head advantage, Eduardo has proved a more than worthy foe.

A rising nine-year-old, Eduardo has not missed a top-three finish since October 2020 and at his most recent campaign, relegated Nature Strip to third in the Challenge Stakes before finishing runner-up to the world's top-ranked sprinter in the T J Smith Stakes.

While Nature Strip has subsequently showcased his talents on the world stage with a dominant victory in the King's Stand Stakes at the famous Royal Ascot carnival, Pride says an international foray would not have been the right fit for Eduardo.

Not only is his age a factor, but his best form is when he races around a corner.

"When I sent him down to Flemington (on the straight course) this year, I was a bit disappointed so I wouldn't be dragging him all the way over there for that kind of prizemoney," Pride said.

"And at his age, you drag him overseas and that might be the last run he has.

"We don't want to do that. We want to keep him around for another year or two."

Eduardo is already back in work at Pride's Warwick Farm stable as he prepares for a third successive tilt at the $15 million The Everest (1200m).

Finishing down the track when he went too hard in front at his first attempt in 2020, Eduardo was a brave third behind Nature Strip and Masked Crusader in last year's renewal.

While he is approaching the twilight of his career, he has been sparingly raced and Pride is confident there is still plenty of life in his legs.

"I couldn't be any happier with him, he's terrific," Pride said. 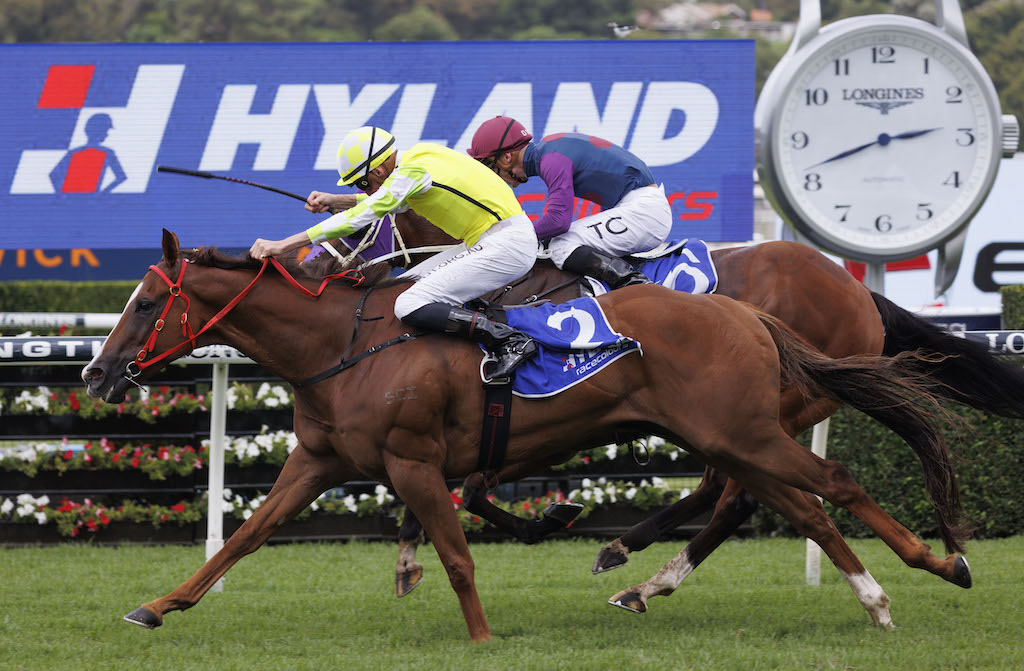